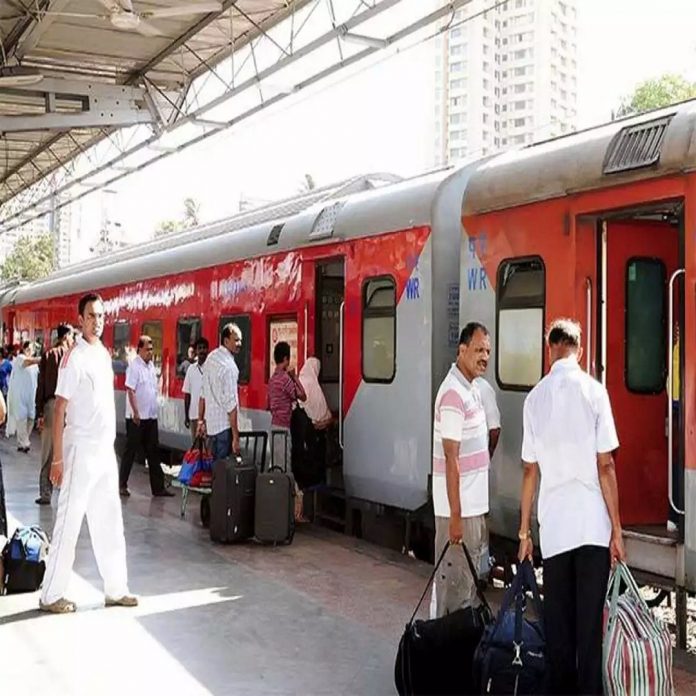 Attention Train Passengers: Indian Railways has decided to shut down the power supply at charging points at night to overcome incidents of mobile bursting, arson, and theft in the train. Let me know how many hours the charging points will remain closed in the trains at night.

Most rail passengers put their mobiles or laptops on charging as soon as they board the train. If you also have a habit of finding charging points in the train instead of leaving the journey with a full charge from home, mobile laptop, then change it now. Actually, Indian Railways has changed some of its rules. Under this, now passengers will not be able to charge their mobile phone or laptop on the train during the night journey. Railways say that this decision has been taken keeping in mind the incidents of arson and theft in the train so that the untoward can be avoided.

Timetable fixed for charging on the train

According to the railway, now the timetable for mobile charging in trains has been fixed. So, now between 11 am and 5 am, the power supply will be closed in the charging points of the train. Due to this, there will be no incidents of mobile theft, mobile bursting, and arson during the journey at night. This rule has been implemented in many trains. Please tell that on 13 March 2021, there was a fire in Delhi-Dehradun Shatabdi Express. This fire started with one coach and spread to 7 coaches on seeing it. However, no passenger was harmed in the arson. This incident has shocked the railway. After this, the railway is now acting strictly.

Many special trains will be run in April

Indian Railways has also announced to run new trains on some routes from 1 April 2021, keeping in mind the facilities of the passengers. In view of the growing Corona crisis in the country again, the Railways is taking full care of social distancing. Indian Railways has announced to run several special trains to prevent congestion in the train and to provide seats to the people easily. Apart from this, Railways keep running special trains from time to time keeping in view the facilities of the passengers. Explain that Indian Railways will start weekly special trains on Okha-Tuticorin, Jabalpur-Coimbatore routes from April to Okha-Tuticorin.

Share
Facebook
Twitter
Pinterest
WhatsApp
Linkedin
Telegram
Previous articleFrom April 1, 10 important Rules related to PF, Tax, and your salary will change, know-how it will affect your pocket
Next articleGood news for PUBG fans! Back to India soon, Suppose to get a green signal from the government

Railway’s big decision, now travel in sleeper with general ticket, no charge will be given!

Indian Railways Latest News:  There is great news for those traveling by train, keeping in mind the facilities of the passengers, the railways provide...
Read more

IRCTC Tour Package: IRCTC has the best deals for you if you enjoy traveling or wish to visit well-known South Indian pilgrimage sites. The...
Read more

Indian Railways Fare: If you often travel by train, then hearing the news of rail fare can blow your senses. Yes, Railway Minister Ashwini...
Read more

New update of IRCTC, passengers of Shatabdi-Rajdhani-Duronto will get free breakfast-food!

New update IRCTC: Efforts are being made by Indian Railways to continuously improve the passenger experience. Talking about reaching the destination on time, the...
Read more