HomeNewsDM was forced to stop the marriage by slapping Pandit! Government removed...
News

DM was forced to stop the marriage by slapping Pandit! Government removed from office 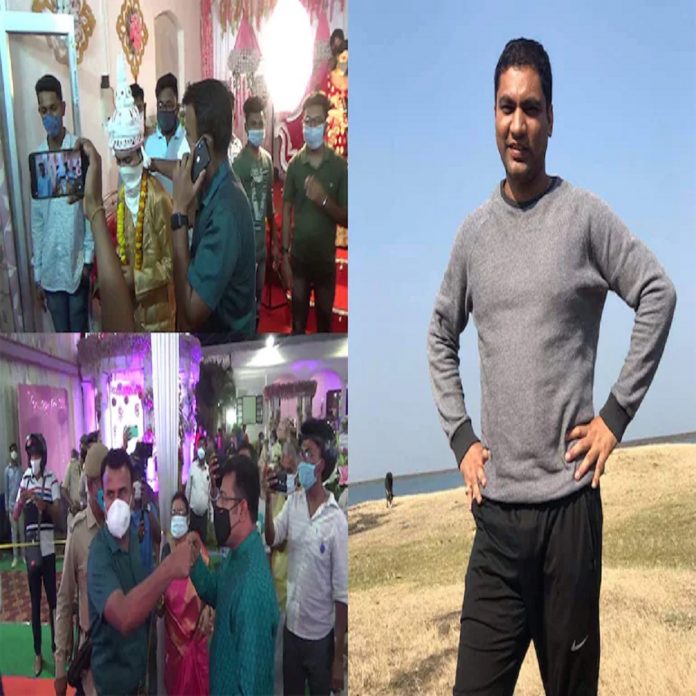 DM of West Tripura district Shailesh Kumar Yadav has to bear the brunt of entering the marriage hall in a marriage function and treating the groom, Pandit, and other guests involved in the wedding. The video of this incident went viral on social media. Since then, the pressure to remove Shailesh Kumar Yadav from the post had increased.

At the same time, Law Minister Ratan Lal Nath told that in this case, the DM has accepted the mistake. Law Minister said that Chief Secretary Shailesh Kumar Yadav has been suspended. Rawal Hamendra Kumar has been appointed as the new DM of the district. On April 26, the DM stopped marriage in the middle by going to Mary’s Home. Also, the groom, along with Pandit and other guests, misbehaved. The incident was severely criticized. Now two senior IAS officers are investigating this case.

Two videos of District Magistrate Shailesh Yadav went viral on social media. These videos were during the action taken by the DM at the marriage hall. DM Corona was agitated at the wedding ceremony held at this time of the epidemic due to people not following the Covid Guideline.

The DM misbehaved with the bride, pandit, boy, girl’s parents, and policemen present on the spot. The video of which had become very viral on social media and there was a demand to remove him from the post.