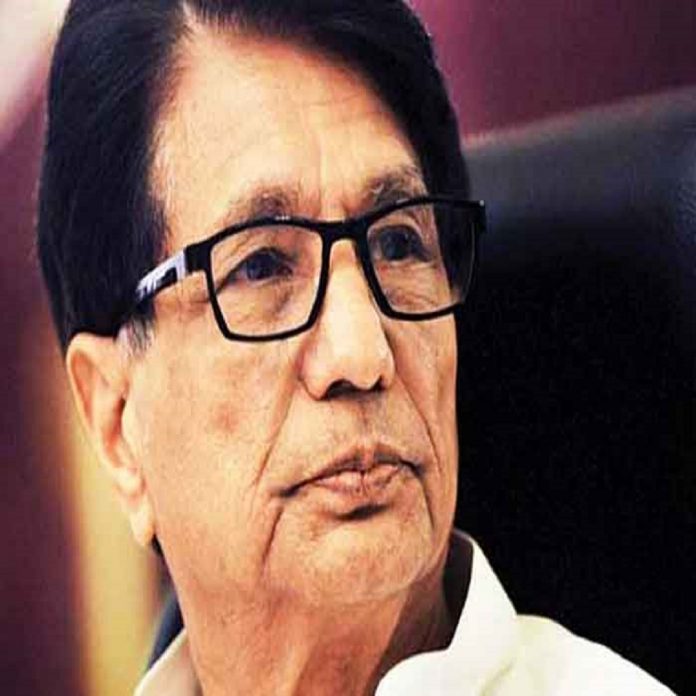 Rashtriya Lok Dal (RLD) President and former Union Minister Chaudhary Ajit Singh have passed away. He was corona infected. 86-year-old Ajit Singh’s health deteriorated on Tuesday night. He was admitted to a private hospital in Gurugram. It was being told that his condition had become critical due to increasing lung infection.

Chaudhary Ajit Singh, son of former Prime Minister Chaudhary Charan Singh, has been a seven-time MP from Baghpat and Union Minister of Civil Aviation. He died at the age of 86.

After his death, there is a wave of mourning in western Uttar Pradesh, including Baghpat. Chaudhary Ajit Singh used to be counted among the big Jat leaders.

RLD chief Chaudhary Ajit Singh on April 22, Corona was infected on April 22. Since then, the infection in his lungs was growing rapidly. Ajith Singh’s health had worsened on Tuesday night. After this, he was admitted to a private hospital in Gurugram. It is being told that he died on Thursday morning.

Share
Facebook
Twitter
Pinterest
WhatsApp
Linkedin
Previous articleRBI Governor Shaktikanta Das has told banks not to enforce any restrictions until December 31.
Next articleTotal lockdown may be in Rajasthan, marriage ban will also be banned