Farmers want to restart talks with the government, while Rakesh Tikait wants the law repealed. 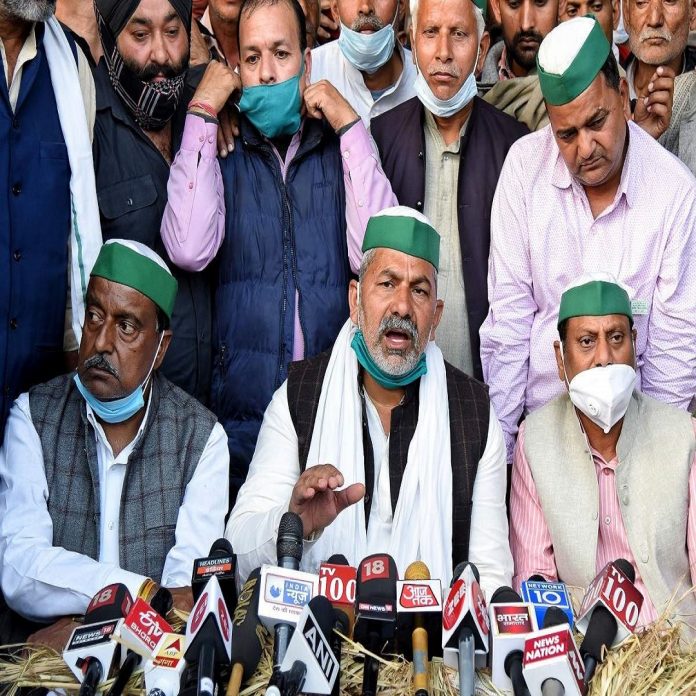 Even though the government has offered to engage with the Farmers multiple times, the farmer leaders are steadfast in their demand to have the agricultural laws repealed, and the two parties have yet to achieve an agreement.

In the midst of the Corona pandemic, a farmers’ movement is taking place near the Delhi border, and no solution to communicate with the administration has been established thus far. The government met with the farmers who were on a dharna against agricultural rules on multiple occasions, but each discussion was inconclusive. It has now been proposed to speak on behalf of the farmers once more.

When will the uprising come to an end?

Rakesh Tikait, the leader of the Bharatiya Kisan Union (BKU), stated on Sunday that farmers’ organizations are ready to start negotiations with the government, but only if the new agricultural laws are repealed. Farmers will not be able to leave the protest site until the requests are granted, according to him.

Although the government has offered to talk with the farmers multiple times, the farmer leaders remain determined in their demand to have the agricultural laws repealed, and as a result, neither side has reached an agreement. The central government was prepared to change the law in response to farmer demands, but the farmers rejected the government’s proposal.

The law was repealed by the government.

When the government wants to negotiate, Tikait says the United Kisan Morcha will talk. However, he stated that discussions should focus on the Center’s new agricultural legislation being repealed. The administration has previously stated that the agricultural law will not be repealed at any cost and that it will continue to be helpful to farmers.

The peasant movement has been going on for more than six months. Farmers’ organizations have called for a statewide protest on May 26th to mark the occasion. The United Kisan Morcha’s march has also received backing from the 12 major opposition parties. A letter in favor of the farmers has also been released, which includes the names of the leaders of the 12 major opposition parties.

Share
Facebook
Twitter
Pinterest
WhatsApp
Linkedin
Telegram
Previous articleToday, May 24, 2021, the Price of Petrol in Mumbai rises by around Rs 100, making Rs 22 more expensive in a year.
Next articleAccording to a statement released by the Indian army, reports of an India-China clash in the Galwan Valley are false.