HomeLifestyleToday, May 24, 2021, the Price of Petrol in Mumbai rises by...
Lifestyle 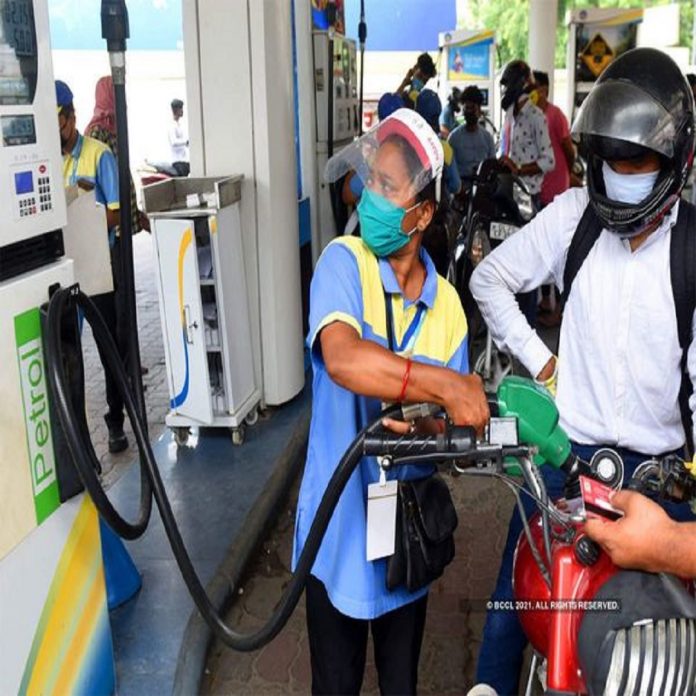 Price of Petrol on May 24, 2024 Update: The country’s gasoline and fuel prices are breaking daily inflation records. There has been no rise in the price of gasoline or diesel today, following the hike on Sunday. Despite the fact that petrol in Mumbai is close to 100 rupees. In the next 1-2 days, it will also surpass 100 rupees.

Price of Petrol on May 24, 2021 Update: There has been no increase in the price of gasoline or diesel today. Despite the fact that petrol in Delhi has already surpassed the Rs 93 per litre mark for the first time, Mumbai residents will now have to pay around Rs100 for a litre of petrol. It’s worth mentioning that while crude oil stays at $ 65-66 per barrel, gasoline and diesel prices in the country are reaching new all-time highs on a daily basis.

In May, prices increased by a factor of 12!

In March and April, gasoline and diesel became less expensive.

Both the federal and state governments impose a high tax burden.

Check the price of gasoline and diesel in your city for yourself.

Share
Facebook
Twitter
Pinterest
WhatsApp
Linkedin
Previous articleWhatsApp will also be able to operate old accounts on new phone numbers, which is a much-anticipated function.
Next articleFarmers want to restart talks with the government, while Rakesh Tikait wants the law repealed.

Horoscope 25 October 2021: There will be a lot of haste in taking a decision on Monday, these zodiac signs will suffer