Sushil Kumar,Battle of the flat, connection to the gang and the secret of the girl … how Sushil Kumar got surrounded in controversies 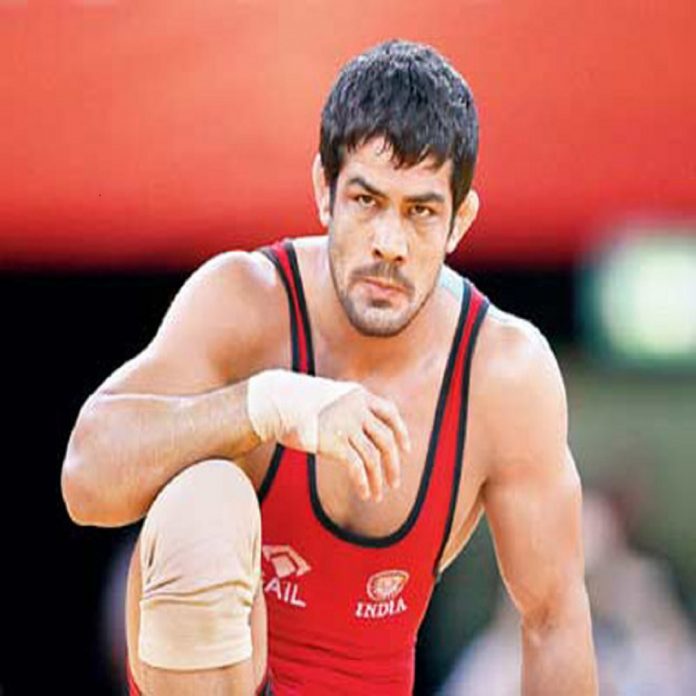 After a long run, Delhi Police has finally arrested Sushil Kumar. Now he has been sent to custody. Sushil Kumar, who illuminated the name of the country on international forums, how did he get engulfed in these controversies. Take a look …

Sushil Kumar, who has brought laurels to the country in the field of wrestling, has reached behind bars on a charge of murder these days. After a long run, the Delhi Police has finally arrested him. Now he has been sent to custody.

Sagar himself was a fan of Sushil Kumar and the national junior champion of wrestling. Sushil Kumar took him along with his colleagues at gunpoint. Sushil and his companions kidnapped Sagar and took him to the Chhatrasal Stadium in the Model Town area of ​​Delhi.

These days Sushil Kumar was very angry with Sagar Dhankhar for taking possession of the flat and in this anger he kidnapped his colleagues and beat him so badly that two of his friends, including Sagar, had to be admitted to the hospital. The rest of Sagar’s friends survived, but unfortunately, Sagar Dhankhar suffered so many injuries in this beating that he lost his life.

There was a minor dispute of money transaction between Sushil Kumar and Sagar Dhankhar. Sagar, who once considered Sushil a fan, till now, the flat in which he lived on rent, belonged to no one else but the wife of Sushil Kumar himself. Sagar left that flat without paying 2 months rent. Sagar did not return that money for a long time. When he was kidnapped, he was beaten fiercely.

In the midst of this fighting, the matter became even more serious when Sushil Kumar’s comrades started firing to frighten Sagar and the rest of the boys. In fact, along with Sushil that night, two straight-faced players, along with two sorted crooks, Lawrence and Kala Jathedi gang henchmen, were present, and in his presence, the matter continued to deteriorate. This situation happened somehow, after somehow escaping this ruckus, a boy called the police and in a hurry, the police of Model Town police station also came on the spot. The news of the arrival of the police gave the guards of the stadium to Sushil Kumar in advance and Sushil Kumar escaped from the spot along with his teammates.

police wanted to take the statement of Sagar Dhankar, admitted to the hospital, but his condition was such that the police could not interrogate him and he died after two days. . In the eyes of the police, the case was not to be a minor but to be an assassin from the champion of an Olympian, because according to the police investigation, Sushil Kumar was involved in every act from abducting Sagar to killing him.

Sushil Kumar absconded after this, the police kept searching for him at different places. But there was a big twist in the case when on May 18, 14 days after the incident, a petition for advance bail was filed by Sushil Kumar in Rohini court. Many arguments were made in the court on behalf of Sushil Kumar, but there was not a single one. But Sushil Kumar could not dodge the police for long and was eventually arrested. Now Sushil Kumar is on 6-day police custody remand, this case has been handed over to the Crime Branch for investigation.

When Delhi Police arrested Sushil Kumar, he was on a scooty. According to the information, he took that scooty from a girl. According to sources, after reaching Delhi, Sushil Kumar went to a girl in Harinagar, from there he took a scooty and was going to someone to get money.

According to the information, the girl from whom Sushil Kumar asked for scooty is also associated with the field of sports. Sushil Kumar is now under the control of the police, in such a way all the secrets will be revealed gradually.

Share
Facebook
Twitter
Pinterest
WhatsApp
Linkedin
Telegram
Previous articleWas the coronavirus created in a lab or did it come from an animal? Joe Biden wants a 90-day report from the investigation agency.
Next articleLPG Booking: Government is going to begin a new rule, Cylinder can be filled by other agencies too!

India vs England: This player will come with a camera for the first time in Test cricket, will be seen in India-England match