Compulsion or necessity… why did PM Modi change his vaccine policy? 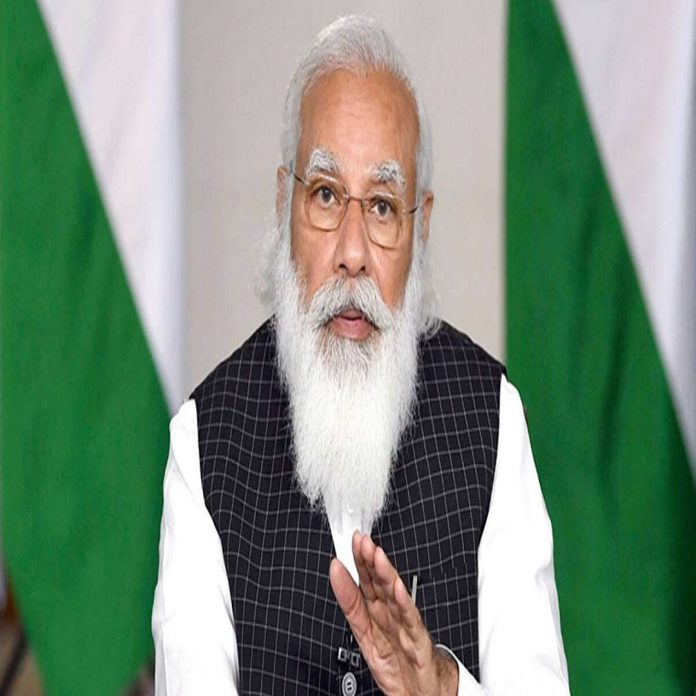 On Monday, it was decided that the states had 25 percent of the work related to vaccination, the responsibility of which would also be taken by the Government of India. This arrangement should be implemented in the coming two weeks. This big announcement of PM. That is a U-turn on the central government’s vaccine policy, which was very important at this time and was also a compulsion for the government.

The states will no longer have to procure the vaccine, which has become a tedious task for them. There was a lot of politics on this too. On Monday, it was decided that the states had 25 percent of the work related to vaccination, the responsibility of which would also be taken by the Government of India. This arrangement should be implemented in the coming two weeks.

The Supreme Court had taken a tough stand

This is a big announcement of PM. This is a U-turn on the vaccine policy of the Central Government, which was very important at this time and was also a compulsion for the government because the states have raised their hands on the purchase of the vaccine. He was constantly saying that only the center should buy the vaccine and distribute it to the states.

On the other hand, the Supreme Court had raised questions that the vaccine policy appears to be arbitrary and irrational at first sight and the courts cannot be silent spectators on it. Because if someone is getting the free vaccine, then someone has to pay. There is no cost to the vaccine. Why 18 plus vaccination was left to the states?

Between these questions, politics, and big confrontation over these questions for several weeks, the Prime Minister finally came out and made it clear that now the old policy on the vaccine will follow. From June 21, the Government of India will give free vaccines to the states for 18 years in every state of the country. Will buy 75 percent of the share itself and give it free to the states. No state government will have to spend anything on the vaccine.

The central government will bear the expenses,

The vaccination program ran under the supervision of the center from January 16 to April. The country was moving forward. Meanwhile, the states said that the state should do the work of the vaccine. From May 1, 25 percent of work was given to the states.

Tried to fulfill them. It was also known what kind of difficulty comes in such a big task. After two weeks in May, some states started saying that the earlier system was good. Then many more states said that the work of vaccines should be left to the states. Those who advocated it changed their views. But the states also understood that self-procurement of the vaccine was not easy and the center also understood that any conflict would be a breaker of the mission vaccination.

Therefore, it is necessary to end this conflict. Every state will be informed a few weeks in advance that how many doses will be received. Debate sparring. There should be no politics in such matters. Everyone has to understand that there should be no politics on an issue like a vaccine. Because this is not the issue but the mission of the country. In which it is the responsibility of all the governments to get everyone vaccinated at the earliest and in any case.

Control over the arbitrary price of the vaccine in private hospitals

There is also a big thing in this big decision of the PM that there will be control over the arbitrary price of the vaccine in private hospitals. Because the PM has said that after the fixed price of purchase, private hospitals can take only Rs 150 per dose as an extra service charge.

But the maximum price of a vaccine is not fixed in private hospitals. Somewhere Covishield is available for Rs.800, while somewhere a vaccine of the same Covishield was being costed for Rs.1800 as well. Somewhere two to three times the price is being charged.

Ration card holders will now get these items free of cost along with wheat and rice! order issued

Ration Card Scheme: There is great news for the ration card beneficiaries. If you also take advantage of the free ration scheme, then now...
Read more

The month of May is coming to an end in just five days. As the new month begins, there are both big and small...
Read more