2DG of Corona’s indigenous medicine will soon be available in the market, Dr. Reddy’s Laboratories announced 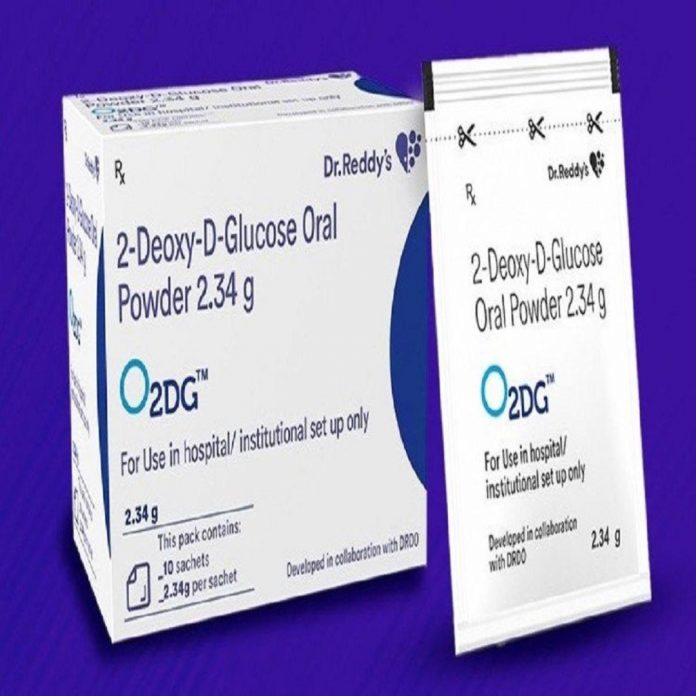 India’s fight against the Corona pandemic continues. The commercial launch of Corona’s drug 2-DG, developed by the Defense Research and Development Organization (DRDO) has been announced to play a decisive role in the fight against the coronavirus. Dr. Reddy’s Laboratories said that the indigenous drug 2DG of Corona will be available in the market soon.

DRDO said on June 1 that this drug has been approved for emergency use in the treatment of corona-infected patients. Since then this drug was being used only in selected hospitals till now, but now this medicine will be sold to the government as well as private hospitals. Dr. Reddy’s Laboratories said, “They are delighted that the company will soon supply it to leading government and private hospitals across India.”

Read More: Concern: Covishield does not recognize vaccine passport, those vaccinated will not be able to go to Europe

has been Dr. Reddy said Laboratories, 990 prices of a pouch fixed at Rs. This is the rate given to government institutions along with the subsidy. A statement was issued earlier also regarding its price and it was said that its price will be kept in such a way that it is accessible to all. 2GD was developed by the Institute of Nuclear Medicine and Allied Sciences (INMS). G Satheesh Reddy, Chairman of, Defense Research and Development Organization said that he was delighted to work with Dr. Reddy’s Laboratories in Hyderabad. He said that DRDO is continuously contributing to the fight against Corona.

This is how this drug works against the virus

Corona’s indigenous medicine comes in the form of a 2 DG powder, which is dissolved in water and taken. This drug accumulates in the infected cell and prevents the virus from multiplying by increasing viral synthesis and energy production. The special feature of this drug is that it identifies the cells infected with the virus. It is being claimed that this drug will reduce the dependence on the oxygen of corona patients and they will not even need to stay in the hospital for a long time.