The LIC IPO has received Cabinet approval! On this day, the largest initial public offering (IPO) would be launched, investors’ silver 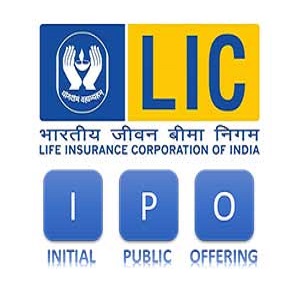 The barrier to establishing an IPO has now been lifted. It is believed that investors’ wait would come to an end in March 2022, when they will be able to earn money by investing in LIC’s first public offering. Before the IPO, the Center has chosen SBI Capital Markets and Deloitte as consultants. This is likely to be the country’s largest initial public offering (IPO) to date.

Read More: Link your passport with the COVID-19 vaccine certificate by yourself, know the process

The ministerial committee will make all decisions.

In March 2022, the central government plans to launch LIC’s initial public offering (IPO). According to information obtained from sources, a panel of ministers will make all LIC-related decisions. This panel will also decide how many shares will be sold in LIC. The committee will also determine the number of shares that will be sold in the market. LIC is always looking for ways to improve its worth.

Investing in a private company for the first time

This is significant since it is the first time LIC has invested in a private enterprise. In the current fiscal year, the central government wants to raise Rs 1.75 lakh crore through disinvestment and privatisation. LIC’s total assets at the end of the financial year 2019-20 were Rs 32 lakh crore, according to its annual report. In the house insurance business, LIC has a market share of over 70%. The government presently owns all of the company’s shares. Let us point you that LIC also invests in several government entities.

Share
Facebook
Twitter
Pinterest
WhatsApp
Linkedin
Telegram
Previous articleLink your passport with the COVID-19 vaccine certificate by yourself, know the process
Next articleWednesday, July 13th, 2021 horoscope: Tuesday will be difficult for anyone born under these two zodiac signs, so be cautious.