Solar Storm can hit the Earth at any time, which will also affect the smartphone and GPS system! 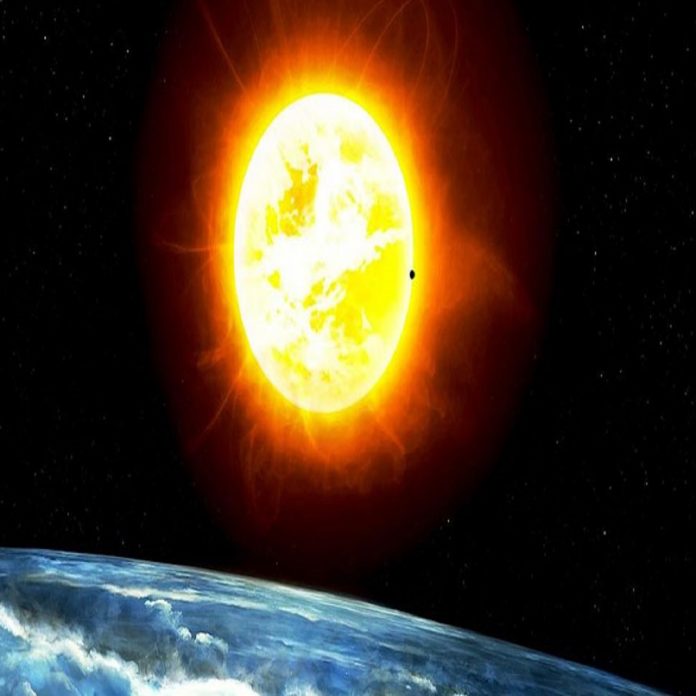 1.Mobile network will be affected

Scientists fear that due to the collision of this storm with the atmosphere, there may be a lot of movement. This collision can disrupt the satellite signal. It can also have a direct effect on radio signals, communication, and weather.

2.Air travel will also be affected

A hole has formed in the Sun’s atmosphere, from which charged particles and high-speed solar winds are coming out. This fast-moving storm can knock in some parts of the planet between July 13 and July 14 (Tuesday to Wednesday). The National Aeronautics and Space Administration (NASA) has said that the speed of these winds running at a speed of 1.6 million kilometers per hour may also increase.

According to the report of Spaceweather, the great storm that came in 1582 was seen in the world. At that time people felt that the earth was about to end. Soares, the Portuguese writer of that time, wrote, ‘Only fire was visible in the northern sky for three nights everywhere.’ He further wrote, ‘Every part of the sky seemed as if it had turned into flames. At midnight, rays of terrible fire emerged which were very terrifying and scary.

Earlier, the National Weather Service’s Space Weather Prediction Center had predicted a G-1-class geomagnetic storm in June. At the same time, the biggest solar storm of 4 years was seen recently, which caused a radio blackout over the Atlantic.

Share
Facebook
Twitter
Pinterest
WhatsApp
Linkedin
Telegram
Previous articleUrvashi Rautela became ‘Son Pari’, robbed the hearts of fans with killer looks
Next articleCovid-19 Delta Plus Variant: What these 4 vaccines can fight against the dangerous delta variants of Covid, know the opinion of scientists

Solar Storm: Will the solar storm hit the earth today? There will be panic all over the world, there is also the risk of...

Solar Storm: Solar storms can hit the earth today. A space scientist and physicist has made this claim. Solar storms cause large explosions in...
Read more

World Oceans Day 2022: Oceans cover 71% of the Earth's surface and contain 97% of the water on the planet. Due to their enormous...
Read more

If you are planning to travel by air, then definitely take a look at this decision of Indigo

Indigo Airlines on Sunday decided to cancel about 20% of its flights in view of the increasing cases of Covid-19. Along with this, keeping...
Read more