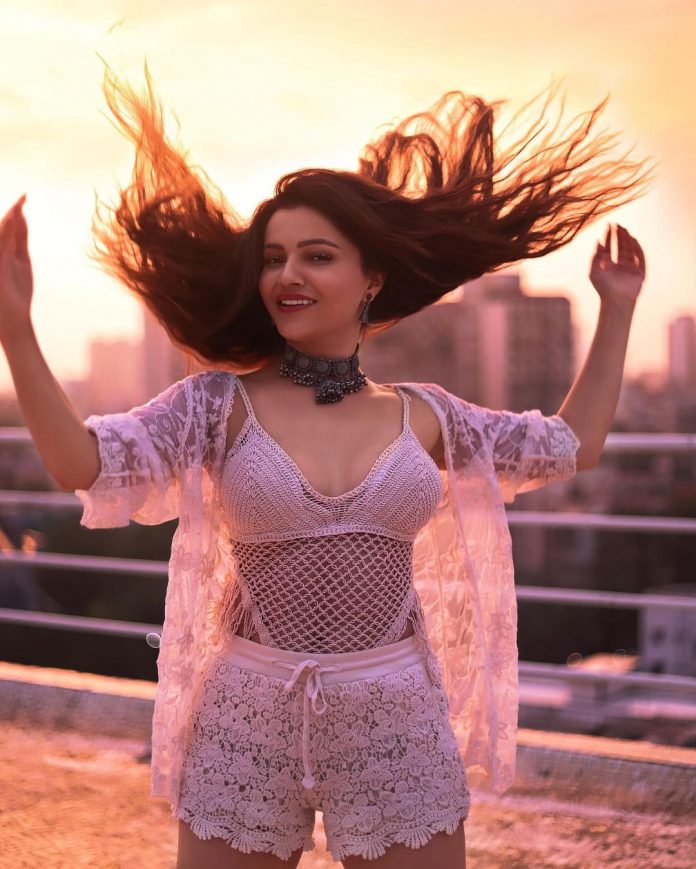 ‘Bigg Boss 14’ winner and television star Rubina Dilaik heats up the internet with her style and beauty. Now once again she has posted some pictures of herself in a mesh short dress on Instagram. In which she is seen doing random dance moves. See these pictures…

1.Rubina in a mesh dress

In these pictures, Rubina Dilaik is seen in a mesh dress with crochet work.

Rubina has clicked pictures while giving dancing poses here, in which she is seen somewhere on the seashore or somewhere high.

4.This thing is written in the caption

In the caption of these pictures, Rubina wrote, ‘If you want the best, don’t wish for it, be…’

Rubina is looking very happy in the pictures, so her fans are desperate to know the reason for this happiness in the comments and are showering emojis with hearts and files on her pictures.

6.Appearing in this serial

Talking about Rubina’s work front, she is seen in the famous serial ‘Shakti: Astitva Ke Ehsaas’.

Share
Facebook
Twitter
Pinterest
WhatsApp
Linkedin
Previous articleTokyo Olympics begin, Deepika ranked 9th in women’s archery ranking round
Next articleInd vs SL: After the defeat in the Sri Lankan team, the video of the captain and the coach went viral