Antibody level is decreasing in AstraZeneca and Pfizer vaccine in 2-3 months, scientists told which is more effective 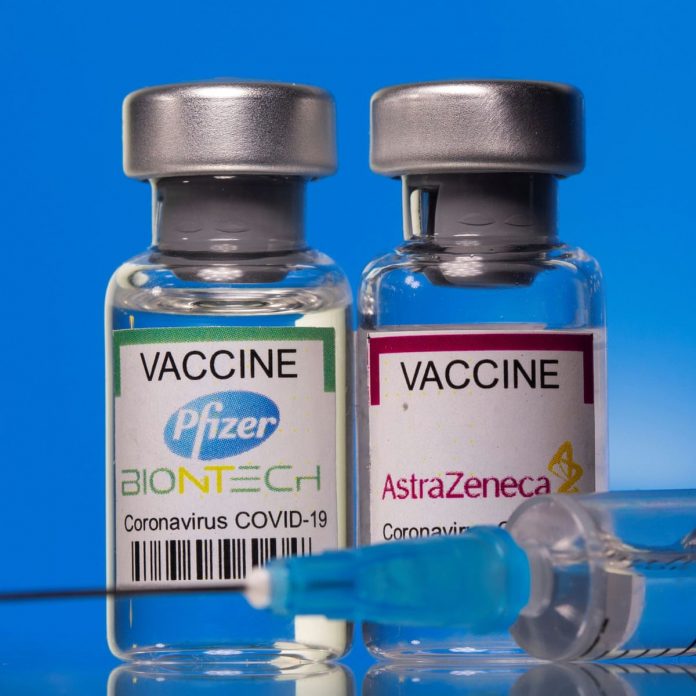 London: Many studies and research are being done all over the world to find the answer to the question of how safe you are from Coronavirus after getting complete vaccination. Important information related to this has also come to the fore in a study published in the Lancet. According to this, after 6 weeks of complete vaccination of Pfizer and AstraZeneca vaccines, antibody levels begin to decrease, and by 10 weeks it can be reduced by 50%.

Oxford-AstraZeneca’s COVID-19 vaccine is available in India under the brand name Covishield and is being used in the national immunization campaign. At the same time, India is in talks with its suppliers to get the Pfizer vaccine.

The impact may be less against the new variant

Researchers from University College London (UCL) in the UK have said that if antibody levels continue to drop at this rate, it could be worrying as it may reduce the vaccine’s effect against Covid. . The effect of the vaccine may be less, especially against new variants. However, he also said that the time in which this reduction in impact may come, cannot be predicted yet.

2 doses of AstraZeneca followed by 2 doses of Pfizer

It has also been found in this study that after taking 2 doses of AstraZeneca, taking 2 doses of Pfizer vaccine, the level of antibodies remains very good. Apart from this, the level of antibodies has been found higher in those who got Kovid vaccination compared to people who had Kovid infection. Madhumita Shrotri of the UCL Institute of Health Informatics says, “The antibody levels are initially very high after both doses of the AstraZeneca or Pfizer vaccine, which gives a person strong protection against severe COVID-19. However, in the study, we found that its levels have come down significantly over the course of two to three months.

Read More: Indian Railways: The Indian Railways Catering and Tourism Corporation (IRCTC) has implemented new restrictions for online ticketing; otherwise, you will be unable to book

Researchers have drawn these conclusions on the basis of data from more than 600 people aged 18 years and above. During this time, these things were not made on the basis of their age, chronic diseases, and whether they are female or male. It also states that the clinical effect of the drop in antibody levels is not yet clear, but this research shows that this vaccine has proved to be very effective against severe Kovid infection.

Give booster dose to the elderly first

Regarding the booster dose, Professor Rob Aldridge of the UCL Institute of Health Informatics said, ‘If it is thought about which people should be given priority in terms of giving booster doses, then according to our data, those taking the AstraZeneca vaccine should be selected. . These people are likely to have the lowest levels of antibodies. Apart from this, booster doses should be given to people aged 70 years or more on a priority basis.

However, the team involved in the study has admitted that they have done this study on very few people. Apart from this, the people on whom this study has been done, have given only one sample of their own, so it is difficult to tell how quickly the antibody level falls or it remains stable for the next few months. At the same time, he also said that it will be important to do further research to know whether there is a limit of antibody level to prevent serious disease.

National Doctors’ Day 2022: Background, Importance, and Theme – Everything You Need To Know

Corona: Doctor Guleria gave 3 reasons, due to which WHO report cannot be trusted

Questions are being raised about the WHO report on the deaths from Corona. AIIMS director Randeep Guleria has also not accepted those figures as...
Read more