Mouni Roy reminisces the days of ‘Naagin’ in a black sari, waiting for this thing 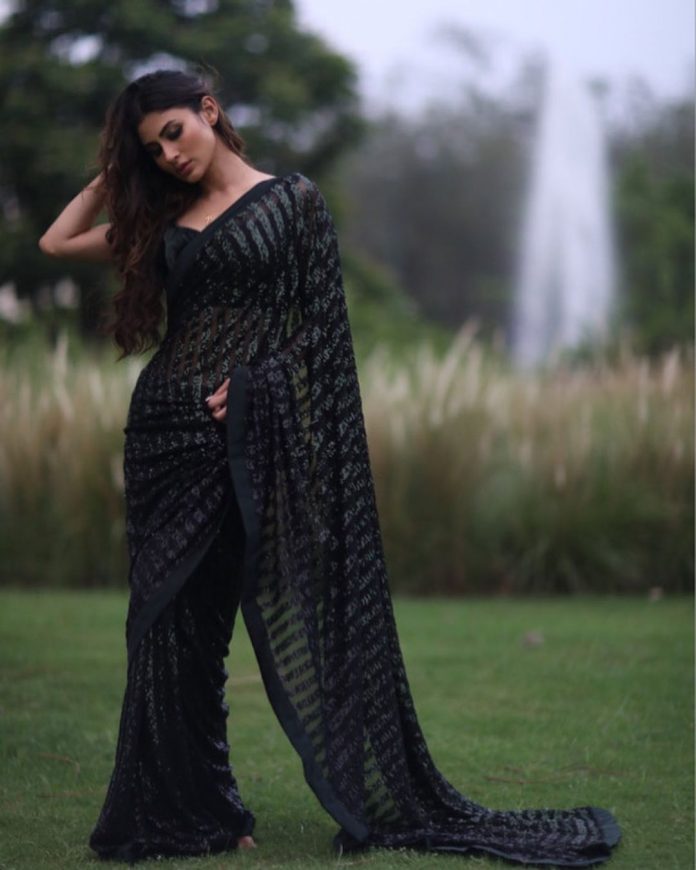 TV actress Mouni Roy, who was a part of TV shows like ‘Devo Ke Dev Mahadev’ and ‘Naagin’, is not seen in any project on small or big screen these days. . Although Mouni, who is active on social media, is constantly connected with fans through social media.

Mouni Roy keeps sharing pictures related to her reel or real life on social media. Recently she has shared some of her pictures on Instagram.

In the photos, Mouni Roy is seen giving an intense look in a black color saree with open hair. In these pictures, Mouni’s style is wooing the fans.

Mouni Roy is reminding her of her famous TV show ‘Naagin’ in these pictures. It is known that Mouni used to appear in this style in Ekta Kapoor’s TV show Naagin.

Read More: Khatron Ke Khiladi 11: The show got top 3 contestants, the journey of this actress is also over

Naagin has released these pictures in pieces for the fans. Sharing some pictures, Mouni wrote that she will always be a sari girl.

5.Waiting for this project

It is clear from this caption of her that how much Mouni Roy likes to wear a saree. Apart from this, Mouni Roy, while sharing some pictures, wrote that she is eagerly waiting for her project ‘Sit-sitting’.

6.Will be seen in Brahmastra

Let us tell you that Mouni Roy will soon be seen in the film ‘Brahmastra’. There is no update yet about when the Ranbir Kapoor and Alia Bhatt starrer will release.

Let us inform that Ayan Mukharjee is directing the film and Ranbir Kapoor will be seen doing tremendous action in this film.

Share
Facebook
Twitter
Pinterest
WhatsApp
Linkedin
Telegram
Previous articleKhatron Ke Khiladi 11: The show got top 3 contestants, the journey of this actress is also over!
Next articleAadhaar Card New Rule: The rules for creating Aadhaar have been changed, and UIDAI has provided information; this will have a direct influence on you