Khatron Ke Khiladi 11: The show got top 3 contestants, the journey of this actress is also over! 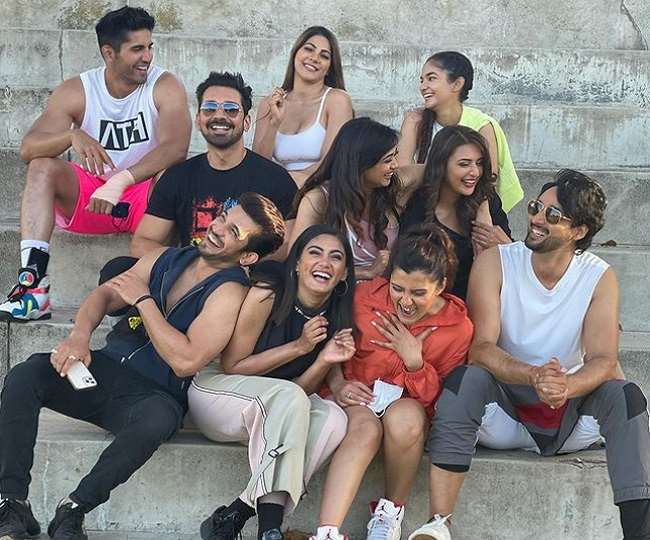 The stunt-based reality show ‘Khatron Ke Khiladi 11’ hosted by Bollywood’s famous filmmaker Rohit Shetty is soon returning once again to entertain the audience. This time this season is being shot in Cape Town, South Africa. For some time, new updates related to the show are continuously coming out. It is reported that recently the shooting of the show has ended in Cape Town.

Your 3 finalists in the show

In this season, many well-known stars on the small screen will be seen facing dangers. Many stars have also suffered injuries during the shooting. Meanwhile, now the news has come that the show has also got its top 3 contestants.

According to reports, Rahul Vaidya, Varun Sood, and Vishal Aditya Singh have become finalists. Now in the finale episode, there will be a tremendous competition between these 3 stars.

Arjun and Divyanka stayed a step away from the finale

According to reports, Rahul Vaidya, Vishal Aditya Singh, Varun Sood, Divyanka Tripathi, and Arjun Bijlani had made it to the semi finale. However, Arjun and Divyanka could not reach the finale. Official confirmation is yet to be made regarding this news. At the same time, promos of the show are being released continuously. In such a situation, the curiosity for the show is also increasing.

At present, the date of the telecast of the show has not been announced, but it is being said that it will start airing in July. Let us tell you that the shooting of this show has lasted for 42 days in Cape Town. Stars like Shweta Tripathi, Rahul Vaidya, Vishal Aditya Singh, Varun Sood, Divyanka Tripathi, Arjun Bijlani, Sana Maqbool, Abhinav Shukla, Nikki Tamboli, and Anushka Sen also reached the show as contestants.

Not only Nora Fatehi, but this TV actress also flaunts her perfect figure while looking stunning in a bodycon dress.

Avneet Kaur: Avneet Kaur, 20, is regarded as one of the boldest and most fashionable TV actresses. What can be said about Avneet's fashion,...
Read more

Despite the Omicron variant, India’s tour of South Africa will not be canceled! Know the reason

The Indian cricket team has to go on a tour of South Africa in the first week of December, where 3 Tests, 3 ODIs,...
Read more

Rubina Dilaik-Abhinav Shukla’s romantic vacation in Goa, fans stunned by the sizzling chemistry of the couple

Rubina Dilaik has shared many beautiful pictures of her vacation on her Instagram handle. The sizzling chemistry between Rubina and Abhinav is made in...
Read more