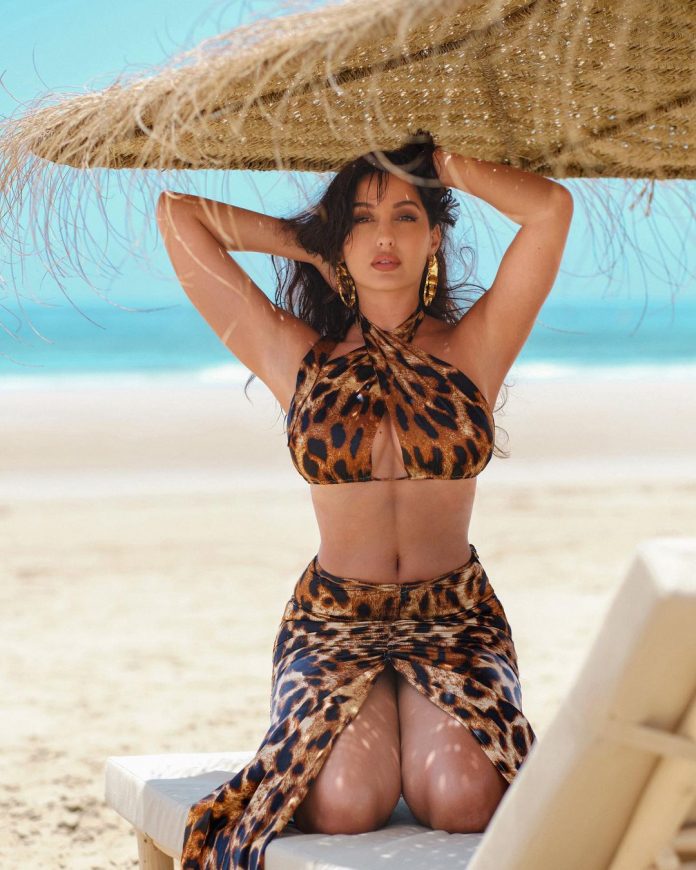 Bollywood actress Nora Fatehi is known for her super-fit physique and tremendous dance skills. His song ‘Zalima Coca Cola’ is making a splash on the internet and in the meantime, some pictures of his new photoshoot have surfaced.

In the pictures, Nora Fatehi is seen sitting in the sand on the seashore. She is wearing a revealing dress with a tiger pattern in which she is looking very beautiful.

This style of Nora Fatehi in this outfit is very much liked by the fans. She is wearing big golden earrings in her ears and she is showing her style in open hair.

3.Why fans got this treat

Although Nora keeps sharing some of her pictures for the fans every day, this time she has given this treatment to the fans due to a special reason.

In fact, the fan following of Nora Fatehi on Instagram has crossed the 30 million mark. So Nora has enjoyed this good news with her fans with her new pictures.

Talking about the reaction of the fans to the pictures of Nora Fatehi, in just 2 hours the pictures have been liked by more than 11 lakh fans. In the comment box too, the fans have tied bridges of praise for Nora.

6.Will be seen in this film

Talking about the work front, Nora will soon be seen working in the film Bhuj The Pride of India. The film will be released soon on Disney Plus Hotstar.