Hero Electric Scooter is going to be launched Soon, See the great look and Amazing features 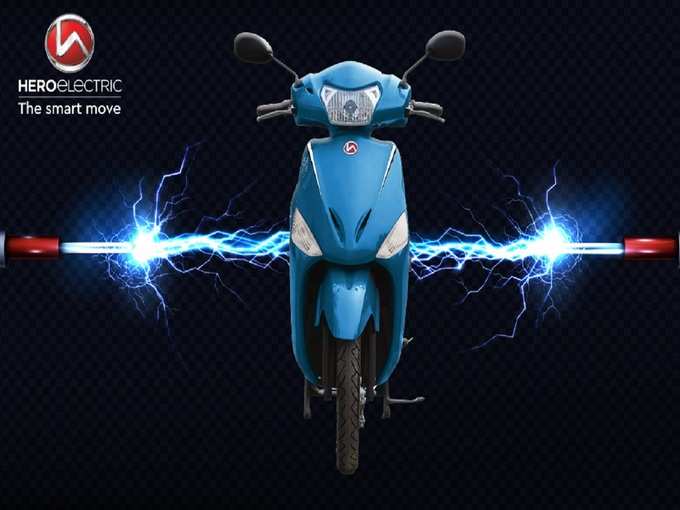 Hero Motocorp, the largest two-wheeler selling company in India, is soon going to launch a new Electric Scooter, the leaked image of which has surfaced. Let’s see its design and features.

Amidst the rising price of petrol and diesel, the electric scooter market in India is growing rapidly. Many big companies in India are offering their vehicles in the electric segment. Now in this sequence, India’s largest two-wheeler manufacturer Hero is also going to launch its new Electric Scooter soon. An image of it has been leaked. It is believed that this year Hero’s new electric scooter will come on the market.

Read More: Ration Card: You can now acquire rations for free even if you don’t have a ration card if you complete this assignment quickly

Hero MotoCorp Chairman Pawan Munjal is seen with the upcoming electric scooter in this leaked image. Actually, a glimpse of the production-ready unit of the Hero electric scooter was recently seen outside the R&D facility of Hero Motocorp in Jaipur. Looking at this image, it is known that it will be offered in dual-tone i.e. black and white color option. It is worth noting that recently Hero MotoCorp has partnered with Taiwan’s electric vehicle maker Gogoro.

Hero electric scooter will be special

It is worth noting that Gogoro is a company that specializes in making Battery Swapping Technology. After partnering with Hero, the king of two-wheelers, it is expected that in the coming times, Hero will introduce scooters with great looks, updated features as well a better battery range in the market, which includes electric scooters Bajaj Chetak and TVS iQube. There will be competition from other company’s cheap and expensive electric scooters.

Share
Facebook
Twitter
Pinterest
WhatsApp
Linkedin
Telegram
Previous articleIn Delhi, RTOs will no longer be required for obtaining a driver’s licence or an RC; all services would be available with a single click from the comfort of one’s own home.
Next articleIndian Railways: IRCTC gave a wonderful gift to Raksha bandhan! Special cashback offer starts from today, know details here

Yamaha launched this new scooter with a bold look, designed such that it will not scratch

Yamaha has launched its new Neo Electric Scooter in Europe, which costs around Rs 2.5 lakh in India. The scooter has been designed in...
Read more

In the midst of rising inflation and rising petrol and diesel prices, people's inclination towards electric or CNG vehicles is increasing. Today we will...
Read more

This amazing New Electric Scooter will be launched tomorrow at a price of Rs 60,000! Booking can be done for just Rs 499

Electric vehicle start-up Bounce Electric is all set to launch its first affordable e-scooter in India tomorrow, which will be made available with and...
Read more

Get this electric scooter at a very cheaper cost, which will run 120 km in 1 charge

The ePluto 7G is the company's most expensive electric scooter with a top speed of 60 km/h. On a single charge, this scooter can...
Read more