Ola’s Electric Scooter launched on Independence Day, know how much is the price and what are the features? 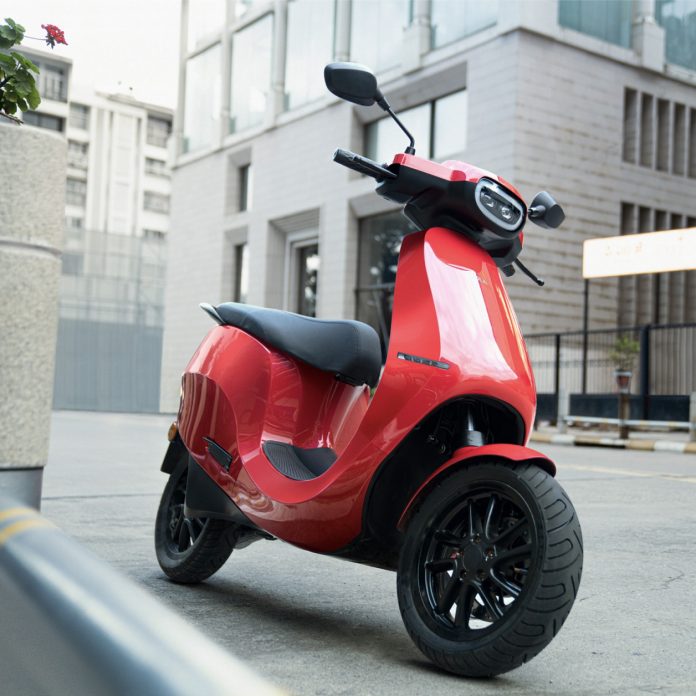 The biggest doubt among people regarding electric scooters in the market is about speed and pick-up. The Ola Scooter (Ola S1) accelerates from zero to 40 km in just 3 seconds. If we talk about the maximum speed range of the Ola Scooter, then it is 115 km.

Ola electric scooter, which has been in the news for a long time, has completely removed the curtain today. The company has launched its electric scooter on Sunday on the occasion of Independence Day. Many unique features are being claimed in this scooter.

The biggest doubt among people regarding electric scooters in the market is about speed and pick-up. The Ola Scooter (Ola S1) accelerates from zero to 40 km in just 3 seconds. Ola CEO Bhavesh Agarwal said that Ola will build the world’s largest two-wheeler manufacturing factory in India. He claimed that this scooter is of the best design and best technology. It will come in two variants, S-1 and S-1 Pro.

He said that although it will take 6 hours to fully charge the Ola scooter at home, 50 percent charging will be done in just 18 minutes from the high charging point at Ola’s charging center.

How much is the price

It has the facility of cruise control. Its communication technology is tremendous and it gets turned on by the sensor itself when it comes close to the owner without the key. It has a live location traffic monitoring system. It can be completely remote-controlled. Not only this, it can also be controlled with Vice. It comes with built-in speakers. Its sale will start from September 8 and delivery will start from October.

How long will it take for charging?

How successful an electric scooter will be in the market, depends on how fast and how it charges. Ola says that it will make charging points across the country for the charging of its scooter, which will fast charge this scooter.

The company has officially announced that this scooter will be available for sale in the market in a total of 10 colors. Ola Scooter in its teaser had revealed that the under-seat boot space capacity will be 50 liters, which is suitable for holding two helmets at a time. Ola has started booking its electric scooter Ola Scooter for Rs 499. It had received bookings of 1 lakh scooters in less than 24 hours after starting the booking. This money is fully refundable.

Share
Facebook
Twitter
Pinterest
WhatsApp
Linkedin
Telegram
Previous articleOnePlus 9 is available for half the price! People jumped on hearing the news, Know Offers and Explosive Deals
Next articleBig news about Driving License! Now DL will be made without giving test, know the new rules of the government