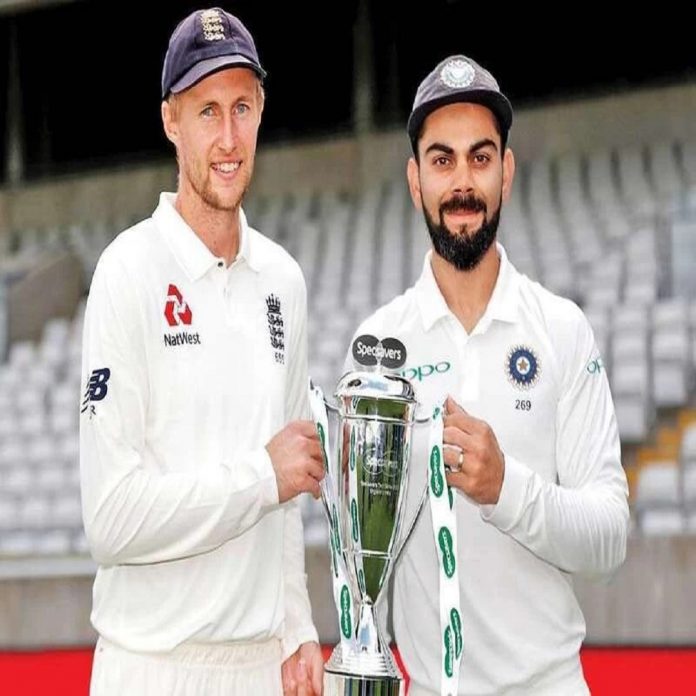 The Test series between India and England continues. Out of the 5-match series, two matches have been played and India is ahead 1-0. Now the match will be played on the ground of Leeds from 25 August. Team India performed tremendously in the second test, not only did one player won this match on his own, but the whole team had a hand in this victory.

In such a situation, in the third Test, Team India would not like to make any changes in the playing XI. However, there is a star player in the team who can be taken out.

This change can happen in the team

Team India has given place to only one spinner in the first and second tests. Jadeja (Ravindra Jadeja) has played both the matches by ousting senior player Ashwin. But surprisingly, a player like Jadeja could not do anything special in these matches. The purpose of including Ravindra Jadeja in the playing XI proved to be a flop. Ravindra Jadeja could neither take a single wicket nor play any big innings in this test match. England’s batsmen are not facing any problem with Jadeja’s straight balls, on the contrary, runs are being scored on Jadeja’s balls.

Ravichandran Ashwin can be given a chance in place of Jadeja in the third test match. Ashwin had a great performance in the home Test series against England. Ashwin scored a century in the Chennai Test with the ball as well as with the bat. The England batsman has appeared weak in front of Ashwin. More variation in Ashwin’s bowling is enough to get him a ticket to the playing XI.

Read More: Big news about Driving License! Now DL will be made without giving test, know the new rules of the government

Will Virat be able to do such a miracle?

Virat Kohli and his team will now have a chance to repeat this history once again. Team India currently has the best players in the world. Batsmen like Rohit Sharma, KL Rahul, Virat Kohli, and Cheteshwar Pujara give strength to the top order, while batsmen like Ajinkya Rahane and Rishabh Pant can do wonders in the middle order. At the same time, there is less praise for India’s pace quartet.

Team India did wonders in the second test

In the second match of the 5-match Test series, Team India defeated England by 151 runs. There was a time in this match that the England team would win this match easily, but the players of Team India did not allow this to happen. The great partnership of Shami and Bumrah kept the Indian team in the match and then the bowlers gave their amazing, in the end, India won the match.

Let us inform you that the first Test of the 5-match series could not be completed due to rain and it was declared a draw. In the next test match, the weather did not create trouble and India hit a four on the spot. On the last day of the second Test, Team India returned the entire England team to the pavilion within just 52 overs and two sessions. Now winning the third Test, Team India would like to take a 2-0 lead in the series.

Share
Facebook
Twitter
Pinterest
WhatsApp
Linkedin
Telegram
Previous articleBig news about Driving License! Now DL will be made without giving test, know the new rules of the government
Next articleInternet speed is slow despite having 4G? Follow this method, you will get a 100% result

At the halfway point of the Indian Premier League, Royal Challengers Bangalore, with five wins from seven matches, looked like they were inching closer...
Read more