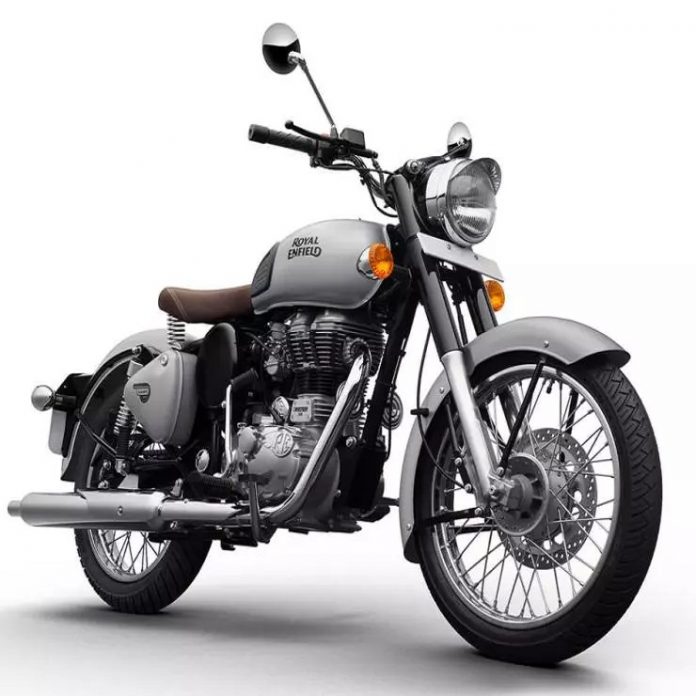 The launch of the new Royal Enfield Classic 350 has been waiting for months now. Now the sweet fruit of this patience has been found and the company has made its official launch on 1 September 2021. The motorcycle has been completely revamped, but it retains the sizzling sound of the familiar ‘Bullet’ engine.

In the new Royal Enfield Classic 350, the company has given twin downtube spine chassis. This makes the motorcycle stronger. On the other hand, the wider tires along with the lighter clichés and the new gearshift make the ride smoother than ever. It gets telescopic at the front and twin-tube shock absorbers at the back. It has been made keeping in mind all the conditions from city roads to adventure tourism etc. Anyway, the biggest identity of the bullet is for the road trip to the mountains.

The biggest change in the look of the new Royal Enfield Classic 350 is its meter console. The analog meter with its ‘dancing needle’ has been combined with a digital meter with an LCD display. Apart from this, a USB port has been given on the handlebar which is useful for charging mobile phones, GoPro cameras, etc. At the same time, the facility of turn-by-turn navigation has been provided in the bike.

Read More: New version of Kia Seltos will Amaze you, will be launched next month, know price and features

The new Royal Enfield Classic 350 is powered by a 349 cc single-cylinder, four-stroke air-oil-cooled engine. It is similar to the pump engine of the old Classic which retains the loud sound of the Bullet. It generates maximum power of 20bhp and a peak torque of 27Nm. This is an electronic fuel injection engine with BS-6 norms. It gets a 5-speed gearbox, while the engine can also be started electrically.

The new Royal Enfield Classic 350 gets 19-inch tires and 18-inch tires at the back. It will be available in both spoke and alloy versions. For the stability of the motorcycle, it gets a single and dual-channel ABS brake system. Also, there is a 300mm disc brake with a twin-piston on the front wheel and a single-piston disc brake of 270mm on the back wheel. There is also an option of drum brake on the backside.

The company has launched the new Royal Enfield Classic 350 in 5 color schemes and has launched a total of 11 color combinations. In this, two colors of chrome finish Chrome Red Chrome Bronze give a new style to its classic look. On the other hand, Dark Stealth Black and Dark Gunmetal Gray colors of the Dark Edition come with a very premium look. Considering the Bullet’s association with the Indian Army, the company has also launched its Signals Marsh Gray and Signals Desert Sand colors which will have a unique number printed on the fuel tank. On the other hand, the company has launched Halcyon Green, Halcyon Black, and Halcyon Gray colors in dual-tone, whose fuel tank has been given a black finish from the top. At the same time, Redditch Sage Green and Redditch Gray color options have been given in a single channel.

Here is the price of the new Royal Enfield Classic 350

Share
Facebook
Twitter
Pinterest
WhatsApp
Linkedin
Telegram
Previous articleHome Loan Refinancing: Best time and benefits to get home loan refinance, Know the whole process
Next articleThere has been a significant change in EPF laws; today, employees will have two PF accounts, and you should know why