HomeFinancePM Awas Yojana: You can get three times more amount to build...
Finance 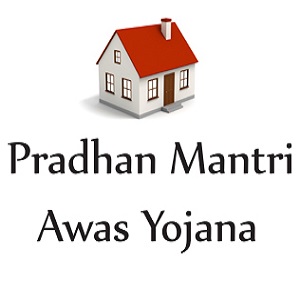 PM Awas Yojana: It has been proposed to increase the amount of PM Awas to four lakh rupees. Only one lakh 20 thousand rupees are being received under this scheme.

There is big news for the beneficiaries of Pradhan Mantri PM Awas Yojana. Under the Pradhan Mantri Awas Yojana, a proposal has been made to give four lakh rupees for building a house. The committee believes that now the cost of building houses has increased. If this proposal is approved, then now people will get 3 times more money than before under PM Awas. Let us know what is in this offer.

Will the amount of PM Awas Yojana increase?

The Estimates Committee of the Jharkhand Legislative Assembly has recommended four lakh rupees for the construction of houses under the Pradhan Mantri Awas Yojana in the state. Committee Chairman Deepak Birua laid the report of the Estimates Committee on the Table of the House on the last day of the Monsoon session. JMM MLA Deepak Birua says that the price of every item has increased. In fact, due to the inflation of sand, cement, rods, bricks, ballast, the cost of houses being built under the Pradhan Mantri Awas Yojana in rural areas has increased.

Read More: Driving License: How to get a driving license at home, Know the process in these 10 points

Request to the central government and state government

Birua said that BPL families are not able to give 50 thousand to one lakh rupees from their side. In such a situation, the cost of the houses being built under the PM Awas Yojana running with the cooperation of the Central and State Government should be increased from Rs 1.20 lakh to Rs 4 lakh, so that houses can be built practically and people come forward for it. At the same time, he also said that the government of the state can consider increasing the state share. Legislators Baidyanath Ram, Narayan Das, Lambodar Mahto, and Amba Prasad were present as members in the Estimates Committee.

Share
Facebook
Twitter
Pinterest
WhatsApp
Linkedin
Previous articleDriving License: How to get a driving license at home, Know the process in these 10 points
Next articleUpdate your mobile number in Ration Card & Get ration; Here is the easy process

5 big benefits of PPF account, here is the process to get bumper returns on small savings

Keep these important things in mind before investing in IPO, many investment opportunities will be available in October!