Want to buy a 125cc bike, Here are the best options, know everything from features to price 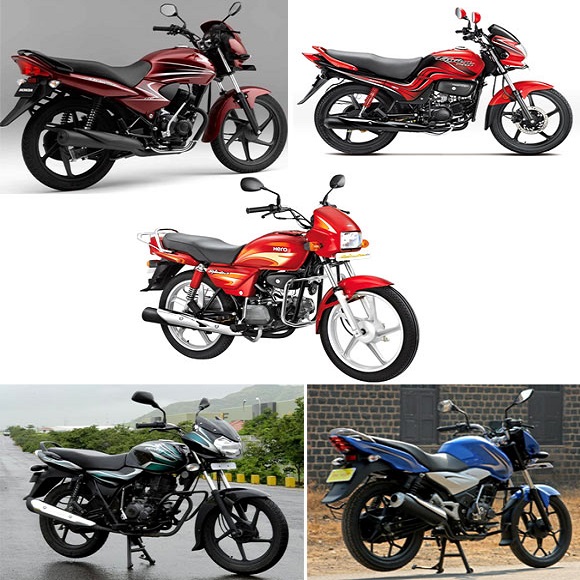 If you are fond of bikes and like to go to your office every day by the same then it is especially for you. Today we will tell about the best 125cc bikes that will not only suit your personality but will also be in your budget. These bikes are considered to be the best in terms of daily office use, as the rider does not get too tired while driving them. Also, being in the 125 cc segment, their engine is also strong. Let’s know about these bikes…

TVS company has recently launched this bike in the market in color options like Striking Red, Blazing Blue, Wicked Black, and Fiery Yellow. This bike has a single-cylinder engine of 124.8cc which generates power of 11.22 hp and torque of 11.2 Nm. This sporty design commuter bike has features like LED DRL, digital display, and Bluetooth connectivity which will be of great use to the rider. The top speed of this bike is 99 kmph which can accelerate from 0-60 km/h in 5.9 seconds. The Ecothrust Fuel Injection (ETFI) technology engine of the bike gives better mileage. The company claims a mileage of 67 KM per liter. The ex-showroom price of this bike in Delhi is Rs 77,500.

Bajaj Pulsar 125cc is equipped with powerful features along with its great looks and good speed. This bike comes in two variants. The first variant is a standard seat while the second comes in a split seat. The standard variant costs Rs 77,843 and the split seat variant costs Rs 80,698 (ex-showroom, Delhi). This bike also has a 124.4cc BS6 engine, which can generate 11.64 bhp power and 10.8 Nm torque. The company has introduced this bike with 5 speed gearbox. Talking about the suspension, telescopic forks at the front of the bike and twin gas shock absorbers have been given in the rear. On the other hand, when it comes to mileage, this bike gives a mileage of 54 to 55 kmpl.

Read More: Horoscope 22 September 2021: On Wednesday, these zodiac signs will get a chance to earn money

The name of Shine 125cc is included in the list of best-selling bikes of Honda. This bike has been launched in the market in two variants, whose Shine Drum variant costs Rs 84,481 (on-road) and Shine Disc variant costs Rs 89,715. Offered with 4 color options, this bike has a 124cc BS6 single-cylinder fuel-injected engine, which generates power of 10.8PS at 7500rpm. Honda Shine is a combo of good looks as well as great mileage. According to the company’s claim, Honda gives an average of 55 kmpl of Shine.

Launched in April, the new Super Splendor is a BS6 bike with an affordable 125cc engine in the market. This bike has a 124.7cc BS6 air-cooled, 4-stroke, single-cylinder, OHC engine that generates power of 10.73 Hp at 7500 Rpm and 10.6 Nm of torque at 6000 Rpm. The bike gets telescopic hydraulic shock absorber suspension at the front and 5-step adjustable hydraulic shock absorber suspension at the rear. On the other hand, in terms of braking system, the Super Splendor has 130 mm drum brake at the front and a 130 mm drum brake at the rear. Talking about the price, the ex-showroom price of Super Splendor (Self Start Drum Brake Alloy Wheel) is Rs 68,150 and the initial ex-showroom price of Self Start Disc Brake Alloy Wheel is Rs 71,650. This bike is available in 4 color options like Nexus Blue, Glaze Black, Candy Blazing Red, and Heavy Grey.

Popular bike company KTM has also launched a great bike in the 125 cc segment, which is named KTM RC 125. Equipped with sporty look and powerful features, the price of this bike is Rs 2,04,902 (on-road). The KTM RC 125 is powered by a 125cc BS6 engine, which can generate 14.5 bhp power and 12 Nm torque. This bike is offered with a 6-speed gearbox and has disc brakes in both its wheels. It also has ABS feature. Its mileage is 40 kmpl.

Book your New Bajaj Pulsar in just Rs 1,000 & Get delivery done in one week

Bajaj has launched two variants of Pulsar Pulsar N250 and Pulsar F250. You can book this bike for just Rs 1000. The country's largest two-wheeler...
Read more