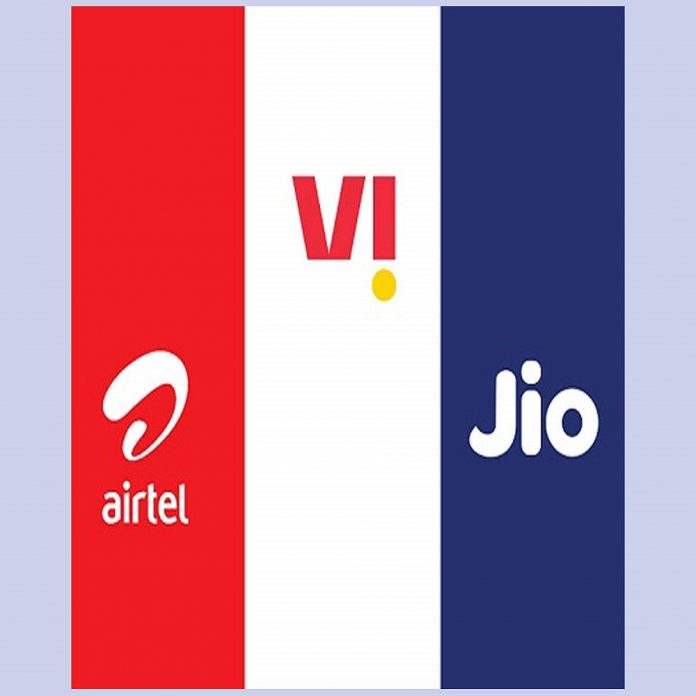 If you are looking for a cheap and good prepaid plan, then we have brought you information about such prepaid plans of Jio, Airtel, and Vi, all three major companies that you can buy for less than Rs 200, and you will get many more including data. Benefits will be available.

Everyone spends a lot of money on mobile phones. In such a situation, it is their endeavor that when it comes to mobile plans, they can get more benefits at a lower cost. All the telecom companies of the country are trying to fulfill this wish of the people. Today we have brought information about some such prepaid plans for you, which cost less than Rs 200 and will give you many benefits. Let’s take a look at these prepaid plans of Jio, Airtel, and Vi.

In a very short time, this company has become the number one telecom company in the country. If we talk about prepaid plans priced below Rs 200, then Jio offers two plans to its customers.

In the plan of Rs 149, the customer gets the benefits of unlimited calling, 100 free SMS daily, and 1GB data per day. This plan is valid for 24 days and you will also get a subscription to all Jio apps in it.

The second plan comes with a validity of 28 days. In this, you are being given 1.5GB of data per day, 100 SMS per day, unlimited calling, and a subscription of all Jio apps for Rs 199.

Airtel users are also given a chance to choose between two plans of less than Rs 200. The first plan will cost you Rs 149 and in this plan, you will be given 2GB of data, 300 SMS, and an unlimited calling facility for 28 days. Talking about streaming benefits, you will get access to Airtel X-Stream and Wynk Music as well as a free trial of the Amazon Prime app.

Read More: New model of Maruti Suzuki Wagon R is going to launch in December in the market

In the second plan of Airtel, you will get 300 SMS, unlimited calling, and 2GB of internet. Along with this, you will also get Indian AXA Life Insurance of up to Rs 2 lakh, access to the Wink Music app, and free trials of Amazon Prime for 30 days. Let us tell you, the validity of this pack of Rs 179 is 28 days.

The first plan costs Rs 148, in which you will get unlimited calling, 100 SMS, and 1GB internet daily for 18 days.

The price of the second plan is Rs 149. In this plan with a validity of 28 days, you get a total of 3GB of data, 300 SMS, and an unlimited calling facility. Also, if you buy these plans from the company’s website, then you will get 1GB of data for free.

So these were the major prepaid plans of Jio, Airtel, and Vi, which cost less than Rs 200. Now you choose which plan of which company is best for you and which is giving maximum benefits in less money.

Share
Facebook
Twitter
Pinterest
WhatsApp
Linkedin
Telegram
Previous articleNew model of Maruti Suzuki Wagon R is going to launch in December in the market
Next articleVolkswagen Tiguan gets over 12,000 bookings, know how powerful the SUV Is

Airtel Recharge Plans: There is bad news for Airtel users. If you are an Airtel user then you are going to get a big...
Read more

Jio is known for providing more benefits in less price. The telecom company has many such plans, which are quite popular. This time the...
Read more