Booking for this powerful electric SUV started in the country from today, will run 470Km on a single charge 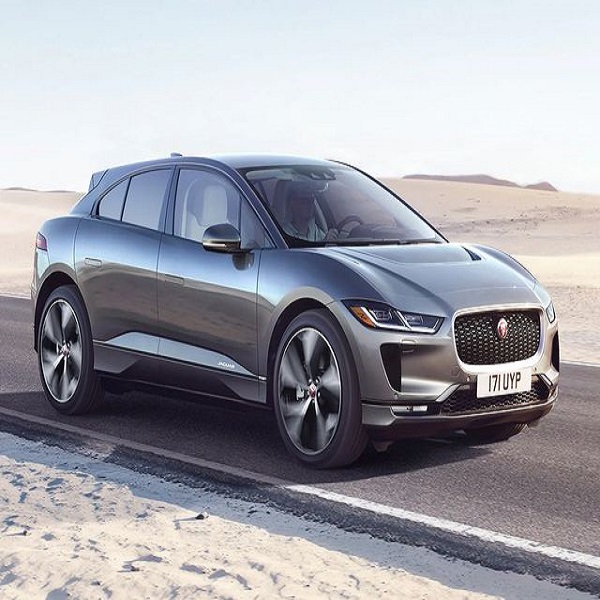 Jaguar India today announced the official bookings for its new electric SUV, the I-Pace Black. In the global market, this SUV has won many awards due to its unique look and design. Many advanced features and techniques have been used in this. This special edition electric SUV was introduced in the global market last April.

The company has given the new I-Pace Black Edition the same black finish as the name, which is also used on the front grille, surround grille, side windows, and the rear of the SUV. The attractive 19-inch diamond-cut alloy wheels enhance the side profile of this SUV. It has also been decorated with a gloss dark gray shade.

The company has given a battery pack of 90 kWh capacity in this electric SUV. The two electric motors are given in it generate power of 396 bhp and torque of 696 Nm. The company claims that this car is capable of catching 0 to 100 kmph in just 4.8 seconds. Once fully charged, this SUV gives a driving range of up to 470 km.

The Jaguar I-Pace Black Edition gets charged up to 80% in just 45 minutes with the help of a 100 kW rapid charger, which has a fast-charging system. At the same time, it takes 10 hours to fully charge with a 7 kW AC wall box charger. Jaguar Land Rover has installed the charger at 22 retailers in 19 cities across the country.

What will be the price:

However, the company has not yet announced the price of this Black Edition. But the Jaguar I-Pace electric SUV is priced between Rs 1.06 crore and Rs 1.12 crore. It is believed that its price will also be around this. Soon the price of this SUV will be revealed.

Share
Facebook
Twitter
Pinterest
WhatsApp
Linkedin
Telegram
Previous articleOctober 1 2021 Horoscope: People born under these signs will have better success starting on Friday, with financial advantages
Next articleHoroscope October 04, 2021: The fate of these zodiac signs is going to change from Monday, these 5 benefits will be with the benefit of money