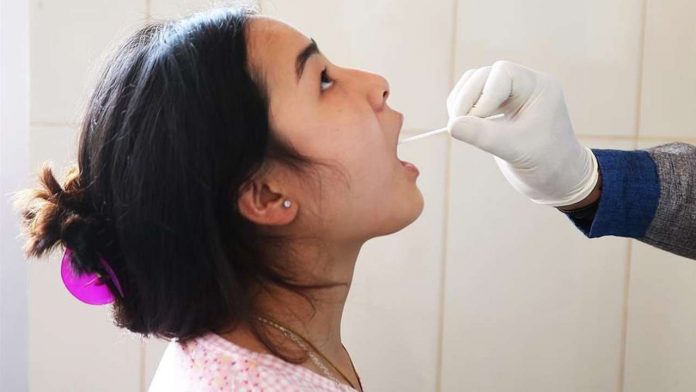 Concerns among the populace have been rekindled by the rise in the number of active corona patients in the nation. According to information provided by the Ministry of Health on Wednesday (July 13), there are now 1,32,457 active patients in the nation, an increase of 1,441 over the previous day. In addition, 16,906 new corona cases were reported in the previous 24 hours, during which time 45 individuals perished. A total of 5,25,519 people have died since the start of the pandemic.

400 cases of corona in the last 24 hours According to the Corona report released by the Delhi Health Department, 400 cases of corona have been reported in the last 24 hours. During this, one patient died. Let us say that Delhi currently has 1960 corona cases that are active. The Delhi Health Department reports that 400 of the 8548 tests performed on the previous day were corona positive. In Delhi, the infection rate was 2.92 percent, 381 people overcame Corona, and one patient passed away.

79% more patients today than yesterday
Corona instances in Mumbai have increased by 79% over the past day to 420 in the past 24 hours. Let’s say that yesterday, 235 cases were filed in Mumbai, on Tuesday. However, it was a matter of relief that not a single person died during this period.

Share
Facebook
Twitter
Pinterest
WhatsApp
Linkedin
Telegram
Previous articleMaruti Upcoming SUV: On July 20, Maruti will present the SUV of the competition of Creta, booking starts from just 11 thousand rupees
Next articleShri Ram, Hanuman ji, and Shri Krishna received their education from these gurus and are aware of these unique facts about them on Guru Purnima in 2022.

National Doctors’ Day 2022: Background, Importance, and Theme – Everything You Need To Know

India will observe National Doctors' Day in 2022 to honour the dedication of the medical community, which works diligently to save millions of lives. National...
Read more