Nitin Gadkari on Electric Bus: Bus fare will be reduced by 30 percent! The Union Minister made such an announcement, you will be happy to hear 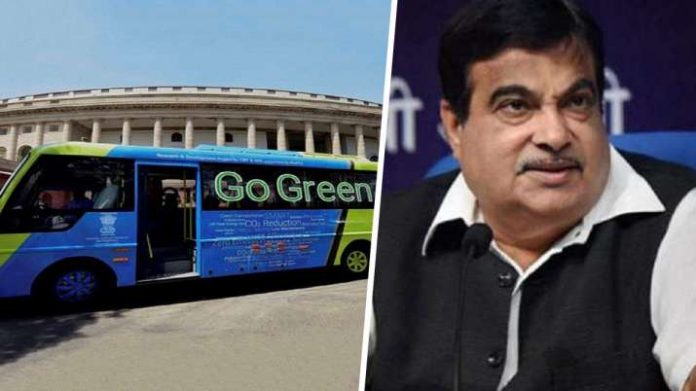 Nitin Gadkari on Electric Buses: Union Minister for Road Transport and Highways Nitin Gadkari has emphasized reducing the use of diesel fuel in the public transport infrastructure of the country. He said that passenger tickets for electric buses can be 30 percent cheaper than diesel buses.

Union Minister made a big announcement

Union Minister Nitin Gadkari said during an event in Indore on Monday that state road transport corporations across the country can never be profitable as their buses run on expensive diesel. “I’m saying this with full responsibility, but a passenger ticket for an air-conditioned electric bus can easily be up to 30% less expensive than a diesel-run bus.” bus,” he said. Nitin Gadkari said that the central government is going ahead with the plan to run 50,000 electric buses across the country.

The transport system should be visionary: Union Minister

Gadkari said, ‘We need to change the country’s transport system with a visionary mindset. Instead of petrol and diesel, the use of cheaper fuels like electricity, green hydrogen, ethanol, bio-CNG, and bio-LNG in vehicles should be encouraged more and more. Gadkari added that while using cutting-edge technologies to lower construction costs in the infrastructure industry is crucial, the entire government apparatus is not accustomed to doing so.

“Politicians should anticipate 50 years ahead as many government employees simply do patchwork,” the Union Minister remarked (to solve a problem immediately). They only think about today’s work as they think that what is to come. He will be transferred in days. Gadkari laid the foundation stone for five road projects worth Rs 2,300 crore in Madhya Pradesh during the program. According to officials, these projects will improve Madhya Pradesh’s road connectivity with Maharashtra and southern states and Employment and investment opportunities will also increase.

Approval for construction of 20 flyovers

The Road Transport and Highways Minister also announced approval for the construction of 20 flyovers in Indore, Bhopal, Sagar, Gwalior, Jabalpur, Ratlam, Khandwa, Dhar, Chhatarpur, and Vidisha on the demand of Chief Minister Shivraj Singh Chouhan. Gadkari said that from 2014 till now, the Ministry of Road Transport and Highways has approved projects worth Rs 2.5 lakh crore for Madhya Pradesh and this figure will increase to Rs 4 lakh crore before the end of 2024.

Read More: Petrol Price Today: How much petrol-diesel fell after the statement of the Finance Minister? Know the latest rates here.

Earlier, Union Road Transport and Highways Minister Nitin Gadkari had said that in the next year, the price of electric vehicles will be at par with petrol vehicles. The good news is tremendously encouraging for motorists and cyclists. In fact, Union Minister Nitin Gadkari said that rapid progress in technology and green fuel will bring down the cost of electric vehicles.

Share
Facebook
Twitter
Pinterest
WhatsApp
Linkedin
Telegram
Previous articleOffers rained on iPhone13! Getting a discount of 30 thousand rupees, the fans jumped after seeing
Next articleAffordable earbuds from OnePlus Nord Buds CE launched, will last up to 20 hours on a single charge, know the price