Know, how much tax will have to be paid on cancellation of which ticket 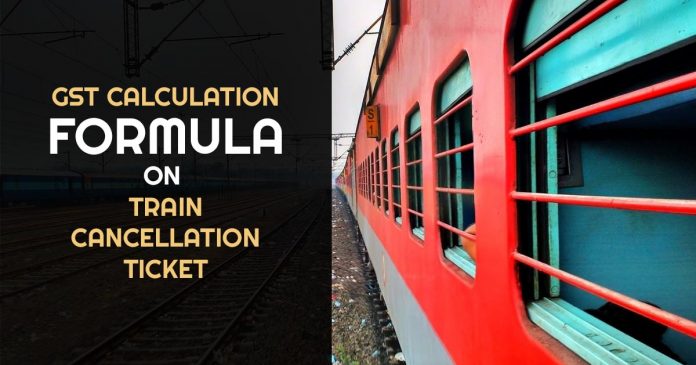 Indian Railways is available throughout the year, that is, it is always available to travel from corner to corner of the country. The demand for train tickets also increases wildly during the festive season and people book tickets well in advance to get a confirmed seat. However, there are many people who have to postpone or cancel their journey due to some kind of busyness or problem, due to which they have to cancel the confirmed ticket as well. When a confirmed ticket is canceled, Indian Railways charges a cancellation fee, and now canceling a confirmed ticket will be more expensive as it attracts Goods and Services Tax (GST). Is.

According to the circular issued by the Tax Research Unit of the Ministry of Finance on August 3, now GST will be levied on the cancellation of train tickets and cancellation of hotel bookings.

When this agreement is terminated by the passenger by canceling the ticket, the service provider is compensated for a small amount, which is charged as a cancellation fee. As per the Finance Ministry circular, since a cancellation fee is a payment made against the cancellation of a contract, it will attract GST.

Cancellation charges on railway tickets of any class will attract the same GST as tickets booked for the same class.

For example, 5% GST is levied on booking of first class and air-conditioned coach tickets, so cancellation of tickets for this class will also attract 5% GST.

Read More: Indian Railways Rules: Now you can travel by train without a ticket, Railways made special rules.

Share
Facebook
Twitter
Pinterest
WhatsApp
Linkedin
Telegram
Previous articleActress Mouni Roy takes a risk by taking a photo in an off-the-shoulder dress; her husband Suraj Nambiar’s senses will be blown away!
Next articleJan Dhan Account: You can withdraw 10 thousand rupees from Jan Dhan account at any time, know the whole process here