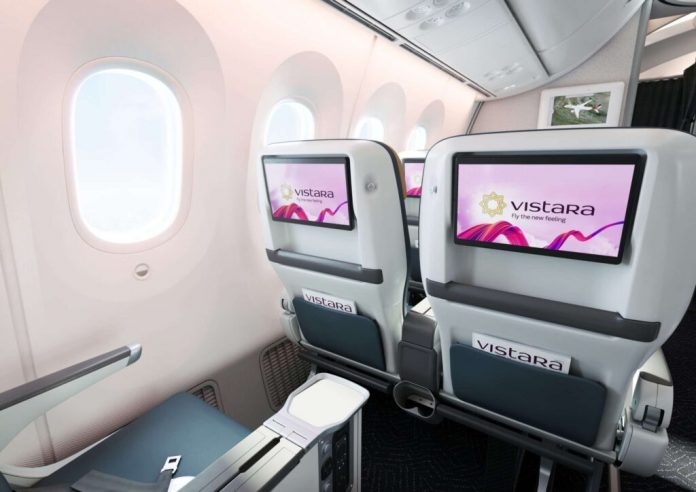 Vistara On Board Live TV: If you travel by Vistara Airlines, then you will be happy to hear this news. Passengers will now be able to enjoy watching Live TV on Vistara airline. Let us inform you that Vistara is now the first Indian airline in the nation to broadcast live TV while flying at a height of 35,000 feet.

Watch Live Matches & News Channels
Gurugram-based Vistara airline, adjacent to Delhi, says that it has started live TV service from October 1. The Boeing 787 Dreamliners operated by Vistara will provide this service. Now Vistara passengers can enjoy 2 sports channels and 3 news channels during the flight. Two Boeing Dreamliners are now part of Vistara’s fleet, and a third will be added shortly.

Watch T20 World Cup
A Vistara Airlines spokesperson says, “Live TV is currently available on our Dreamliners and we look forward to expanding it to more aircraft in our fleet in the coming months. It is worth noting that the ICC T20 World Cup begins in Australia on 16 October. Live streaming started right before the Cup on the airline.

Let us tell you that the passengers will be able to watch live TV while flying
Vistara Dreamliners. You will get this facility on flights going from India to Europe and the UK routes. According to a spokeswoman for the airline, Vistara has added live TV to its Boeing 787-9 Dreamliner aircraft, allowing passengers to feel linked to the outside world even when they are traveling long distances. an altitude of 35,000 feet.

Wi-Fi will also be there
An airline spokesperson said Boeing 787-9 Dreamliner and Airbus A-321 aircraft will also get Wi-Fi service on international routes. This will provide an onboard in-flight entertainment experience for our customers. Only one airline in India, Vistara, offers live TV aboard.