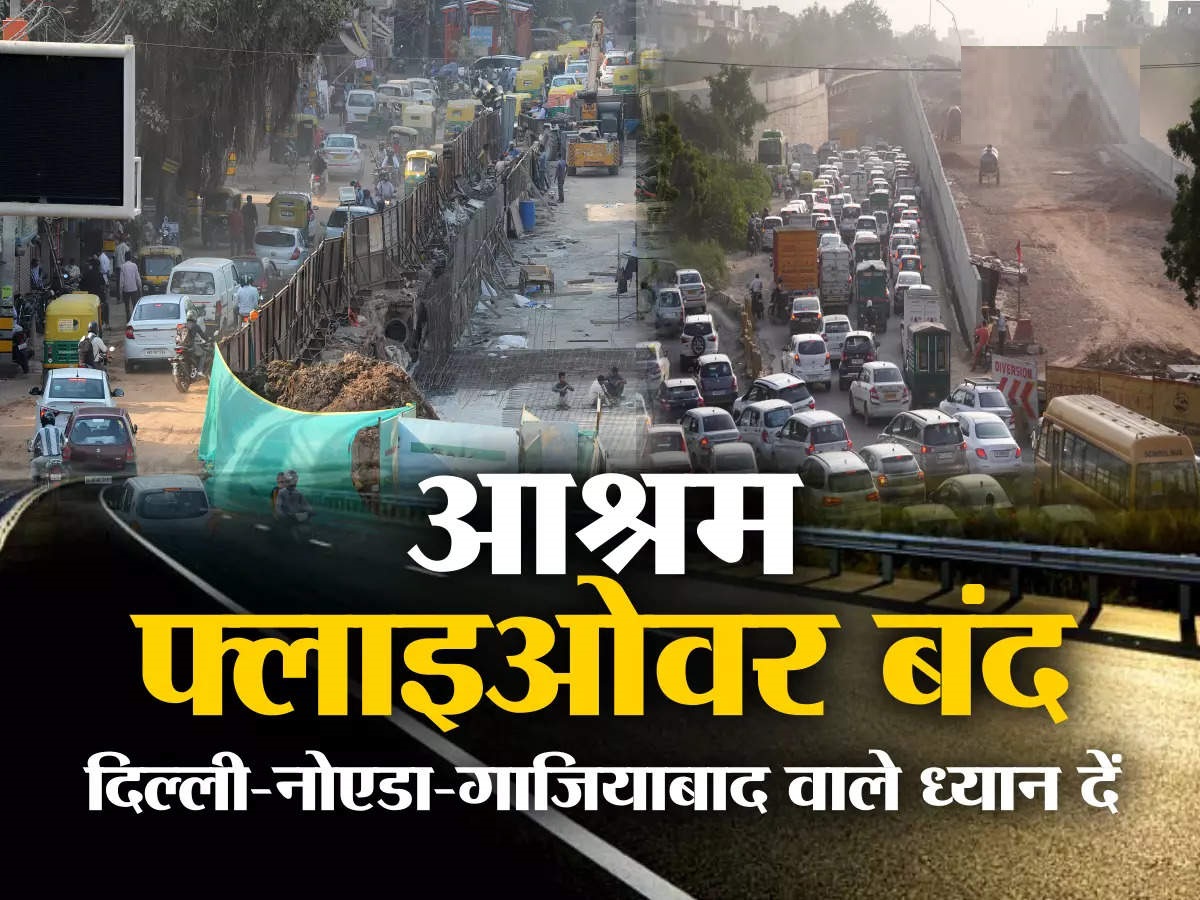 The work of connecting DND to Ashram flyover will start on Monday. Both the carriageways of the Ashram flyover on the Ring Road have been closed. For the final phase of construction work to connect the extension about 50 meters ahead of the Ring Road. The carriageway was closed on both Sunday evenings, but within two hours the traffic police had to open a carriageway from Lajpat Nagar towards DND, as the closure caused heavy traffic jam till AIIMS.

A PWD official said that the open carriageway was closed again at 12.30 am and both carriageways were closed from midnight. has started at the point where the two carriageways of the flyover (near DTL Colony) end. Excavation work is underway to build a new road to connect the Ashram flyover and the new DND flyover.

The said officer said that the work of connecting both the flyovers is likely to be completed in 45 days, in which case the flyover may remain closed for 45 days.

According to an estimate, more than 3,50,000 vehicles pass through the Ashram flyover daily. The traffic jam on Sunday night exposed how unprepared the agencies were to handle the huge rush here.

Another commuter, Vishal Chandra, who works in Noida, said he was stuck in a jam near Vinobhapuri metro station and the entire road till DND was witnessing traffic jam since morning. My friends passing by this way told me about the traffic. The jam started at 8:30 in the morning and after about an hour the jam got worse.

The Delhi Traffic Police claims that they have made adequate arrangements for the movement of vehicles so that the drivers do not face any problems during the construction work. The traffic police have deployed additional staff here to manage the traffic. Before starting the work, some changes have also been made by the PWD, so that the drivers and passengers do not face much trouble.

● People coming from Badarpur will be able to go to Ring Road and Sarai Kale Khan via Mata Mandir Marg.

● Coming from Badarpur, Sarita Vihar and Jamia, take a U-turn from Captain Gaur Marg towards Lajpat Nagar and AIIMS.

The PWD has asked the traffic police for 45 days to connect the Ashram flyover with the DND, but if sources are to be believed, there is little chance of completing the work in 45 days. Trouble will have to be faced till January and February.

Read More: Delhi Metro: Delhiites have fun, without metro card you will get a chance to travel like this