What is the eye of a cyclone… how does it determine its intensity and magnitude? 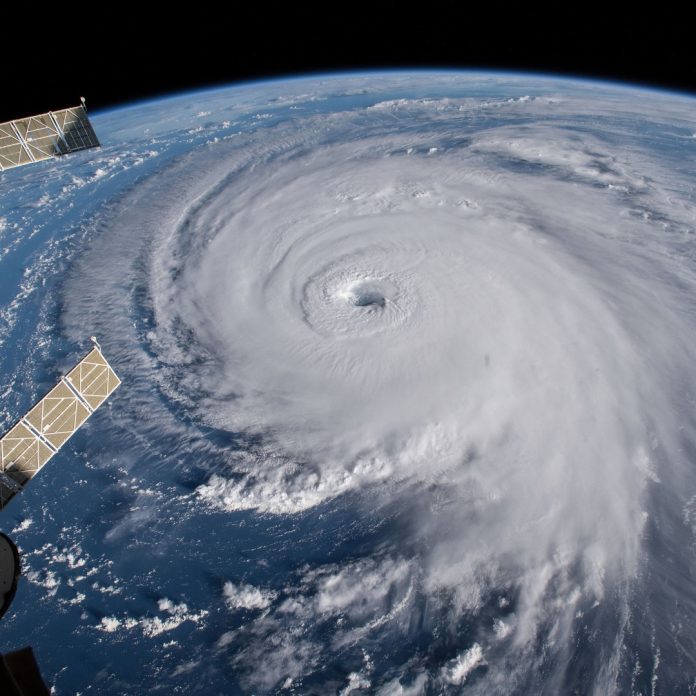 At present, Cyclone Tauktae is wreaking havoc on Maharashtra. It is being told in satellite photos that this is a very severe cyclonic storm. His eyes are currently eyeing Mumbai with anger. After all, what is the eye of a cyclone? What does this have to do with storms, strong winds, and rain? How are its intensity and magnitude determined? Let’s know the interesting story of the cyclone’s eye.

The central part of any cyclone is called the eye or eye. The average width of the eye of any cyclonic storm can range from 30 to kilometers on average. There are clouds moving around the eye. There is an eyewall just below the eye. It is a type of fast-moving cloud. It is formed only when the level of a cyclonic storm is severe or extremely severe.

The eye of a very severe cyclone is vacant in between. This emptiness can range from 30 to 65 kilometers in diameter, but there are fast-moving clouds light wind, thunderous lightning, and strong rain all around it. An eye is formed in a light cyclone, but it does not form a wall like an eye of a severe cyclone. A cloud cover is placed over it.

The eye of any storm is the geometric center of that cyclone. It is of two types. Clear Eye is a clear eye in which a dark ball is clearly visible in e midst of a cyclone. Second Filled Eye means the eyes are made in it, but light or medium-level storm clouds are trapped inside it. Therefore, wherever there is an eye of a cyclonic storm, strong winds can move there, but the rainfall is less or less. Let us know what kind of cyclonic eyes are there.

Small/minuscule eyes: Small eyes are 19 km in diameter. The wall of the eye formed inside them keeps on deteriorating. Despite this, many walls are built around the main eye. It can spread from a few kilometers to hundreds of kilometers away. This is called the concentric eyewall, that is, the formation of the eye inside the eye. The speed of these winds is 45 to 100 km / h.

Medium size Eyes: Many storms are not very big but dangerous. It depends on the pressure of the atmosphere, the speed of continental winds, heat, humidity, and the speed of moving clouds. Their eyes are usually 65 to 80 kilometers in diameter. Such storms usually occur in tropical countries. The speed of these winds is 80 to 115 km per hour. But as the intensity increases, the speed of the winds can be higher.

Usually, the eye of any cyclone is taken from a satellite or international space station. Because no technology or human being dares to go in the midst of a cyclonic storm. For this, a plane named Hurricane Hunters is usually sent over the cyclone. So that he can detect his eye and intensity from there. The intensity or magnitude of any cyclonic storm is known only by its eye.

The bigger and deeper the eye, the more frightening the cyclonic storm. But you will be surprised to know that the calmest and harmless area of ​​a cyclonic storm is his eye. Because there is neither rain nor fear of lightning or falling. Nor are there fast-moving clouds. Sometimes strong wind or humid conditions can occur in the middle of the eye. Because the fast-moving clouds pull air and moisture first and then return rapidly.

Cyclone Tauktae is classified as a very severe cyclonic storm. At present, the eye of this cyclone is 155 km west-northwest of Mumbai. Today, it will move towards Gujarat with strong winds in Mumbai and Maharashtra. On the 17th, the maximum speed of air flowing through it can go up to 155 kilometers per hour. Currently, it is blowing 70 to 80 kilometers per hour.

Cyclonic storm Jawad can cause huge destruction in these states; IMD issued a warning

Cyclone Jawad and Weather Update: The India Meteorological Department (IMD) has issued an alert and has predicted that Cyclone Jawad is likely to strengthen...
Read more