The dose of the corona vaccine has been raised in India; do you know what the vaccine rules are in other countries? 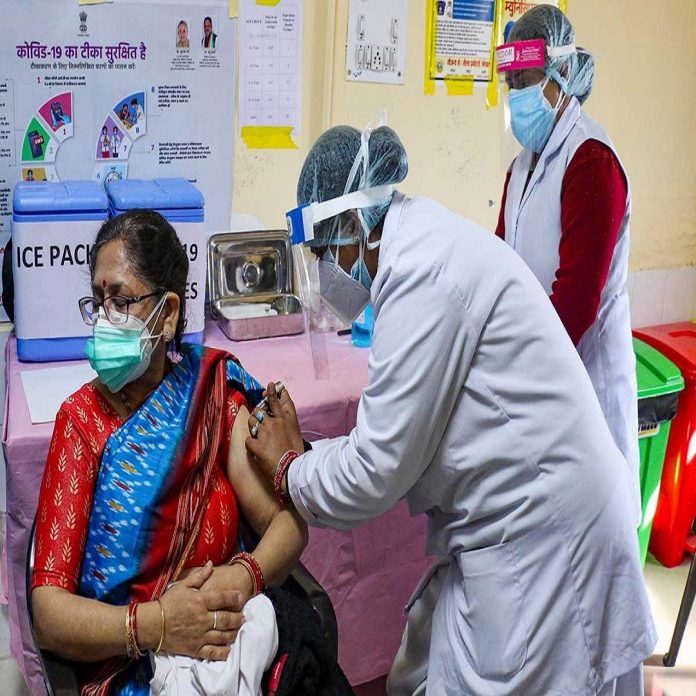 The highest dose of coviciled vaccine is being felt in India. People were initially overjoyed that they would receive both doses of the corona vaccine in one to two months. The time between the two doses has now been increased by the central government. It took 12 to 16 weeks to complete. People are baffled as to what to do next. Is this distinction correct? Will this be beneficial to the general public? Is the situation in the other countries similar? So, let’s see what the differences are between vaccine doses in different countries.

Covishield: The central government of India has increased the time between two Kovishield doses from 12 to 16 weeks. That is, it will take 3 to 4 months. Oxford University in the United Kingdom and the pharmaceutical company AstraZeneca have teamed up to form Kovishield. The Serum Institute of India manufactures it (SII). The question now is whether the gap in covishield vaccine doses has been increased in the United Kingdom. As a result, you could be shocked to learn that Britain extended the time between vaccine doses to 12 weeks in December of last year. However, fearing disaster, the distance between two doses was reduced to eight weeks after the arrival of the B.1.617 Corona version.

In the United Kingdom, the two doses of Pfizer/Corona BioNTech’s vaccine were separated by 12 weeks. Both Pfizer and Bioentech Vaccine and Covishield vaccines are proving to be very successful, according to a study conducted in the United Kingdom. As a result, the two doses should be separated by 12 weeks. This decision was also supported by the WHO. The government and vaccine manufacturers will have more resources to produce and supply vaccines as the gap widens.

Covaxin: The Indian government has not yet discussed increasing the dose gap between this vaccine’s doses. The interval between two doses of covaxine is 4 to 6 weeks. However, it’s possible that the dose gap for this vaccine will be expanded in the future. It is dependent on the vaccine’s production ability and the corona variant’s increasing impact. Bharat Biotech International Limited produces Covaxin.

Pfizer Vaccine: This vaccine is currently unavailable in India. Pfizer and BioNtech collaborated to develop the corona vaccine. He was being taken on the basis of the first three weeks’ gap. However, in the United Kingdom, the dosage gap has been extended to 12 weeks. Pfizer’s vaccine, according to Gayatri Amritalingam, a consultant epidemiologist at Public Health England, is working well. People’s immunity and antibodies to corona are developing. In this scenario, a 12-week gap is excellent. This will help a lot of people. In addition, there would be less of an issue with vaccine availability. The vaccine will be given to everybody.

Vaccine Moderna: This vaccine is also unavailable in India. But, like Pfizer, it is based on mRNA methods. The first and second doses are separated by four weeks. However, with this vaccine, there was a 28-day difference that had to be made. The Centers for Disease Control and Prevention in the United States established this norm (CDC). Moderna, on the other hand, was said to be unable to make a difference of more than 42 days between her vaccine doses. That is a 4 to 6-week difference.

Johnson & Johnson’s Vaccine: Since the Johnson & Johnson vaccine is a single dose, there is no need for a second dose. Antibodies against the corona are produced in the body two weeks after a single dose is taken. Its effectiveness against the corona isn’t quite as good as Pfizer and Moderna’s vaccine, but it’s still quite good. Johnson & Johnson is actively developing a vaccine booster shot.This information will be given in how many days, and the corporation or some regulatory institution has yet to release it.’

Sinovac: The makers of the Chinese vaccine Cyanovac have proposed that increasing the difference between the two doses of their vaccine would make it more reliable. This vaccine, which is administered in approximately 22 countries around the world, is only 50% effective in preventing corona. Pfizer’s vaccine, on the other hand, has a 97 percent affix. The difference between the two doses is currently 21 days or three weeks.

Novavax: While this vaccine is not available in India, it is being tested there under the name Corovax.It has an 89 percent power against the corona. There are two doses needed. The first and second doses are usually separated by 21 days. It can be increased in the future if necessary. However, there is currently no discussion in any country about raising the dose gap for this vaccine.

To begin, learn how the vaccine works.

Except for Johnson & Johnson’s vaccine, all of the vaccines currently available in the world are two-dose vaccines. The first dose of vaccine stimulates the production of antibodies in the body. At the same time, the second dose strengthens the body’s immune system. As a result, health professionals advise that if anyone is infected after receiving the first dose of the corona vaccine, they should seek medical advice before receiving a second dose. An individual is considered more healthy after both doses.

Do you understand why the dosage gap was increased?

Many studies have been conducted in order to increase the disparity in vaccine doses between countries around the world. Based on case studies and clinical evidence, this disparity has grown. Immunity and antibodies against the corona rise after taking the second dose several weeks after the first dose. It was requested that Kovishield be given a 4 to 6-week break. It was discovered later in the clinical trial that after 8 weeks of taking the first dose, 80 to 90% tolerance against the corona increased after taking the second dose.

Share
Facebook
Twitter
Pinterest
WhatsApp
Linkedin
Telegram
Previous articleAction: Know why Israel falls heavily on the battlefield every time on the battlefield
Next articleUttar Pradesh has issued new COVID-19 guidelines, which you can read about here.