HomeHealthDiabetes In Children: Diabetes due to Covid, this danger came to the...
Health

Diabetes In Children: Diabetes due to Covid, this danger came to the fore in children too 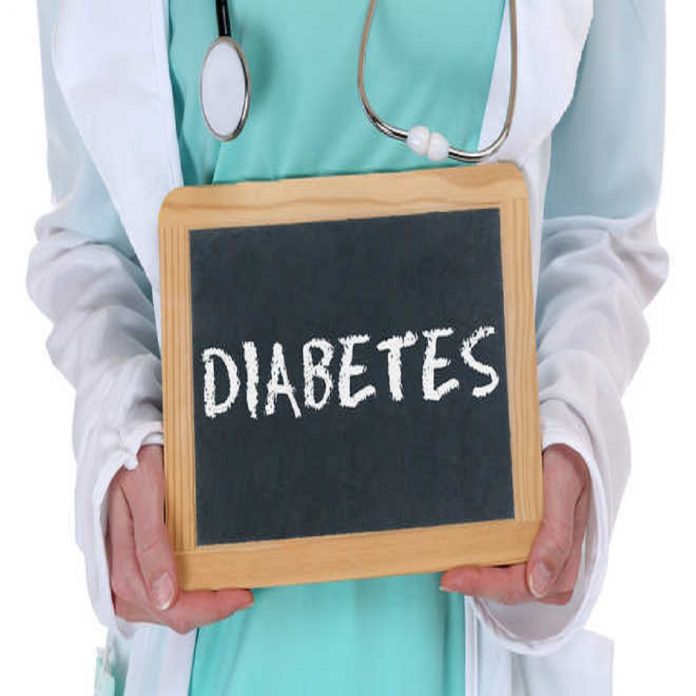 Coronavirus is not only fatal for people suffering from diabetes, but it is also giving diabetes problems to many people. Ziad Al-Ali, director of the Center for Clinical Epidemiology at the US Veterans Affairs St. Louis Health Care System, said it was initially hard to believe that this could be due to Covid.

Many waves of the coronavirus have shaken not only the country but also the world. Meanwhile, diabetes can prove fatal for people globally. It is being said that the factors that promote diabetes are not completely clear yet. However, some doctors suspect that the SARS-CoV-2 virus can damage the pancreas as well as the insulin-producing gland (which converts blood sugar into energy). Due to the lockdown due to the Corona period, there have been many changes in the lifestyle of the people. Such as late detection of the disease if there is no contact with the doctor on time. In this case, the risk of disease can increase more. According to scientists, even if mild symptoms of the coronavirus are found in some children, the onset of diabetes can be rapid in them.

In the early days of the epidemic, coronavirus has been considered exclusively a lung disease. The coronavirus is increasingly recognized for its ability to damage many body parts and bodily systems. In such a situation, even after a complete recovery from corona, its symptoms persist in 1 out of 10 patients. Metabolic problems sometimes require higher doses of insulin. This can put a person at risk of developing diabetes. According to research, inflammation was seen in many people who are already suffering from diabetes.

Diabetes is a disease in which the body fails to produce enough insulin or use it properly. This insulin increases the risk of heart stroke and kidney failure, foot ulcers, and blindness. Al-Ali and his team first felt this effect based on evidence from the US Department of Veterans Affairs’ national health care database. They found that people who recovered from Covid were about 39% more likely to develop diabetes within six months than those who survived the Covid infection. For every 1,000 Covid patients, 6 people are at risk of developing diabetes.

According to Al-Ali, during the winter in America, more than 130,000 patients infected with the coronavirus were hospitalized. Globally, more than 153 million people have been infected with the coronavirus. In this, more than 20 million people of India are involved. After China, India is the country with the highest number of people suffering from diabetes. Al-Ali’s data was published last month in Nature. In this, he studied 50,000 patients infected with Covid in a hospital in England for three weeks. In this, about 20 weeks after discharge, those patients were found to be 50% more likely to develop diabetes.

Francesco Rubino, head of metabolic and bariatric surgery at King’s College London, said: “We see the danger of a collision between the two pandemics. ” Researchers have discovered factors in which Covid can increase the risk of diabetes. This also includes the possibility that the insulin-emitting beta cells of the pancreas are destroyed either by a virus or by the body’s response to infection. According to John Nichols, clinical professor of pathology at the University of Hong Kong, there are many reasons for diabetes in Covid patients – acute stress response to infection, excessive use of steroids that increase the level of sugar in the blood, or only those symptoms of diabetes. Cases that were not previously detected.

Nearly 500 doctors around the world have agreed to share the data through Rubino’s Diabetes Registry. So far, around 350 cases have been registered through the registry. Apart from this, information about this is being received almost every day through the emails of the patients and parents concerned. According to this information, diabetes was also found in an 8-year-old child who was diagnosed with Covid 2 months ago.

It is difficult to say that SARS-CoV-2 can cause diabetes. Jonathan Shaw, deputy director of Melbourne’s Baker Heart and Diabetes Institute, said population-based data could be used to gauge the impact of the COVID pandemic on diabetes detection. Meanwhile, according to the report of doctors in Los Angeles, new cases of type-2 diabetes were seen in children. The risk of diabetes has been seen more in children with increasing weight or children who do less physical activity.

They found that one in five cases of type-2 diabetes last year required hospitalization for diabetic ketoacidosis. In ketoacidosis, acid builds up in the blood due to the supply of insulin. In contrast, in 2019 only 3% of new patients faced this deadly problem. Whereas in 2020 no child had active Covid-19.

Type 1 diabetes is caused by an autoimmune reaction that destroys the insulin-producing cells in the pancreas. Doctors in Canada say the pandemic could delay care for children with type 1 diabetes.

Share
Facebook
Twitter
Pinterest
WhatsApp
Linkedin
Previous articleRicher than Gates-Adani-Ambani’s total wealth! Here are the richest people on earth
Next articleSalary coming withinside the arms of personnel will decrease, PF will increase; These four Labor Codes are going to be implemented

Will the government implement a nationwide curfew? Will train service be suspended until after Diwali? know everything there is to know

Update on the Coronavirus: Have you received any such notification stating that the country is under lockdown and that all train services will be...
Read more

Coronavirus Could be more dangerous than ever? Now the fear of COVID-22 is haunting the scientists

COVID-22: Experts have claimed that the 'Covid-22' strain can be more lethal than the delta variant and will not be affected by the vaccine....
Read more

The gap between two doses of Corona Vaccine Covishield can be reduced. The suggestion to reduce the gap has been given by IAPSM i.e....
Read more