NOKIA launched a powerful smartphone, the battery will last for three days, know the price and great features 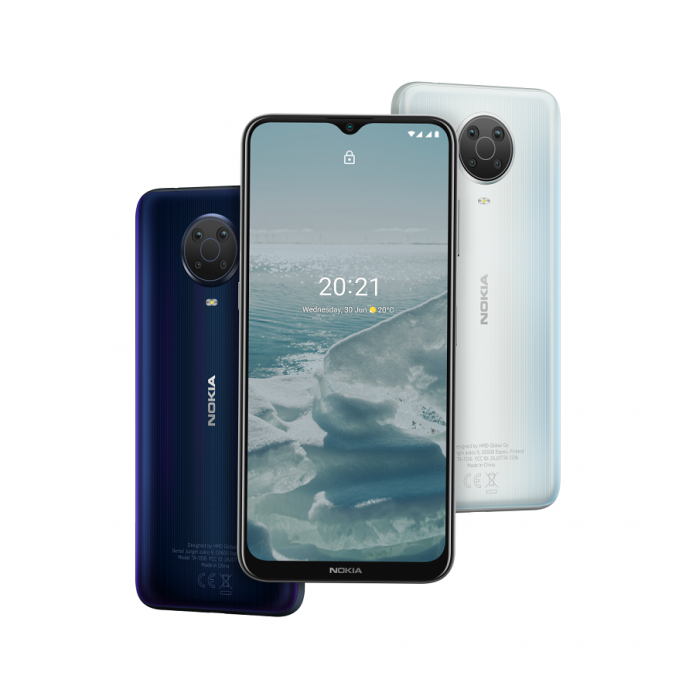 HMD Global has launched three new smartphones and a new audio portfolio. The company has introduced Nokia XR20, Nokia 6310, and Nokia C30. Nokia C30 is considered to be the strongest phone. The company has given a big screen with a strong battery in this model. This phone also looks very stylish in appearance. The company has claimed that this phone will last up to three times on a full charge. Let’s know the price and features of the Nokia C30 …

Nokia C30 comes with a 6.82-inch HD+ display. Three variants of this phone have been launched. It has 2 GB RAM and 32 GB internal storage. A MicroSD slot is also given to increase the storage. Storage can be up to 256 GB in this phone. It works on the Android 11 operating system. It also has a rear fingerprint sensor.

Read More: Change in a service charge of ICICI Bank! From August 1, this much money will have to be paid for checkbook, ATM, cash transaction

To give power to the phone, a battery of 6000mAH has been given. The company claims that this phone will last for three days on a single charge. This phone has been launched in two colors Green and White.

The rear of the phone has a primary 13 megapixels and a secondary 2 megapixels camera. At the same time, a 5-megapixel camera has been given for selfies. The price of this phone has been kept at 99 Euro i.e. Rs 8,700.

Share
Facebook
Twitter
Pinterest
WhatsApp
Linkedin
Telegram
Previous articleChange in a service charge of ICICI Bank! From August 1, this much money will have to be paid for checkbook, ATM, cash transaction
Next articleJacqueline Fernandez gave a bold pose in a red towel, photos set fire