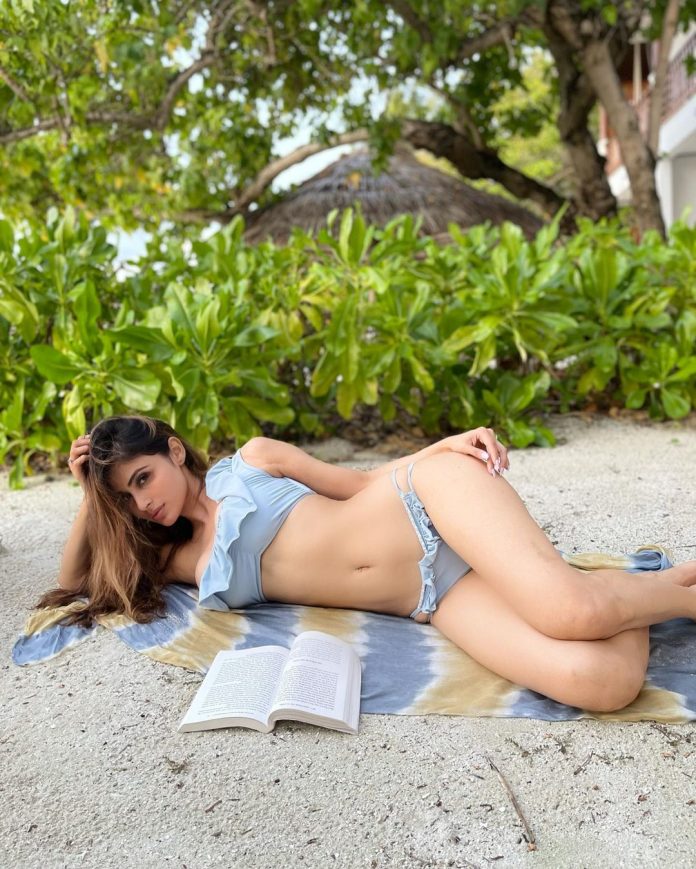 Bollywood actress Mouni Roy is very active on social media and keeps sharing her bold pictures on Instagram every day. Recently she has shared some of her latest pictures which are setting the internet on fire. In the pictures, Mouni Roy is seen wearing a bikini and lying on the beach. His style is pleasing to the fans.

Mouni Roy is seen lying down wearing a bikini

The actress wrote, ‘Amm.. I can’t remember. I remember a little bit.’ Although these pictures have nothing to do with the caption given by the actress, it does not make much difference to the fans. Fans have praised these beautiful pictures of their favorite actress in the comment section.

Started her career with TV

In a few hours, more than 4 lakh likes have come on these pictures and people have praised these pictures fiercely in the comment section. Let us tell you that even before this Mouni Roy had shared her pictures in such outfits. It is known that Mouni Roy has worked in the TV world for a long time, after which she now picks most Bollywood projects.

Share
Facebook
Twitter
Pinterest
WhatsApp
Linkedin
Telegram
Previous articleNew Wireless Charger Launched, which gives full charge to mobile in no time, knowing the features
Next articleBuyers of the iPhone 13 should celebrate! From this day forward, you can pre-order and learn about the price and features