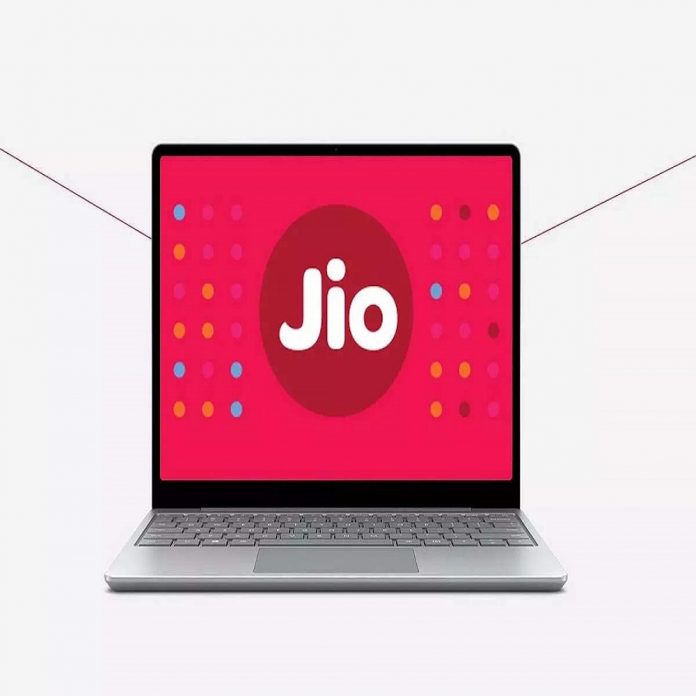 The JioBook price and launch date in India can be revealed soon as the laptop has been spotted on the Bureau of Indian Standards (BIS) website.

JioBook was spotted by tipster Mukul Sharma (@stufflistings) on the BIS certification website. Three models NB1118QMW, NB1148QMW, and NB1112MM were clearly seen in the Jio laptop. This suggests that the Reliance Jio laptop can come in three different variants.

These specifications can be in JioBook

Previous leaks suggest that the upcoming Jio laptop could feature an HD (1,366×768 pixels) display. It is said to be powered by the Snapdragon 665 SoC paired with the Snapdragon X12 4G modem. It has 4GB of RAM and up to 64GB of onboard storage.

Read More: Update your mobile number in Ration Card & Get ration; Here is the easy process

What can happen in JioBook?

Connectivity options include a mini HDMI connector, dual-band Wi-Fi, and Bluetooth. It could reportedly come with a three-axis accelerometer and a Qualcomm audio chip. It is also being said that apps like JioStore, JioMeet, and JioPages are pre-installed on Jio’s JioBook. Apart from this, it is also reported that Microsoft apps like Microsoft Teams, Microsoft Edge, and Office are pre-installed on the laptop.

Nothing has been said about the price and availability of JioBook yet. However, it is expected that this Jio will offer JioBook cheaply keeping in mind the common people. There were reports that JioBook would be introduced in the 2021 edition of Jio’s Annual General Meeting (AGM), but it did not happen.

Share
Facebook
Twitter
Pinterest
WhatsApp
Linkedin
Telegram
Previous articleUpdate your mobile number in Ration Card & Get ration; Here is the easy process
Next articleTwo new teams will be included in IPL next month, know when players will be auctioned