Which is the cheapest electric car? These 5 cars have captured the market in India! 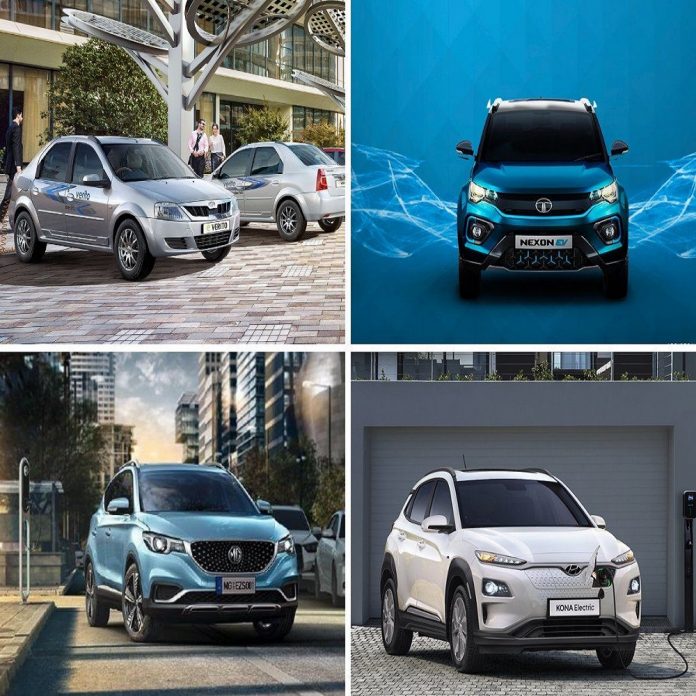 Tata Nexon electric car is currently in high demand in the Indian market. A total of 1022 units of Nexon EV were sold in August-2021. Which is the best figure ever. Last year, a total of 2,529 units of Tata Nexon EV were sold. The safest SUV from Tata Motors, Nexon EV ex-showroom price is between Rs 13.99 Lakh to Rs 16.25 Lakh. This car is available in three variants.

The Tata Nexon Ev enjoys the title of the safest car. Once fully charged, the Tata Nexon can run up to 312km. At the same time, 8 years standard warranty and IP67 waterproof battery pack have also been included on it. Talking about charging, Nexon’s battery can be charged up to 0-80 percent in just 60 minutes.

Tata Motors has a special focus on electric vehicles. Last month, TATA launched the new electric Tigor EV. The company claims that the new Tigor can run 250 km on a single charge. The price of the new Tigor EV starts at Rs 11.99 lakh. The company says that this is the cheapest electric car in India. Its battery can be charged up to 80 percent in an hour. There is an 8-year warranty on the battery.

It is available in two variants to Excite and Exclusive. The company claims that this car is capable of giving a range of up to 340 km in a single charge. At the same time, it can be charged from 0 to 100 percent in 6-8 hours with the help of a 7.4kW charger. Whereas it takes less than 50 minutes to charge with a 50kW DC fast charger.

If you are looking to buy a little luxury electric car, then Hyundai Kona is a better option for you. In the year 2020, this car had a market share of 5.6%. Hyundai Kona price in Delhi ex-showroom ranges between Rs 23.75 Lakh to 23.94 Lakh. Hyundai Kona electric car was launched in India in 2019. The Kona is powered by a 39.3 kWh battery, which gives the power of 136 hp. On a full charge, this car can run up to 452 km. The lithium-polymer battery in it gets fully charged in 6 hours on the AC charger. The Kona takes 9.7 seconds to accelerate from 0 to 100 kmph. The top speed of this car is 165 kmph.

Share
Facebook
Twitter
Pinterest
WhatsApp
Linkedin
Telegram
Previous articleAirbags now will be available in all small cars? Transport Minister gave indications
Next articleIt’s a once-in-a-lifetime opportunity to get an iPhone 12 for 30 thousand rupees! Delivery will take place today if you order today, and you should be aware of the special deals