Tata will win the heart of the country, will launch SUV car for 5 lakhs 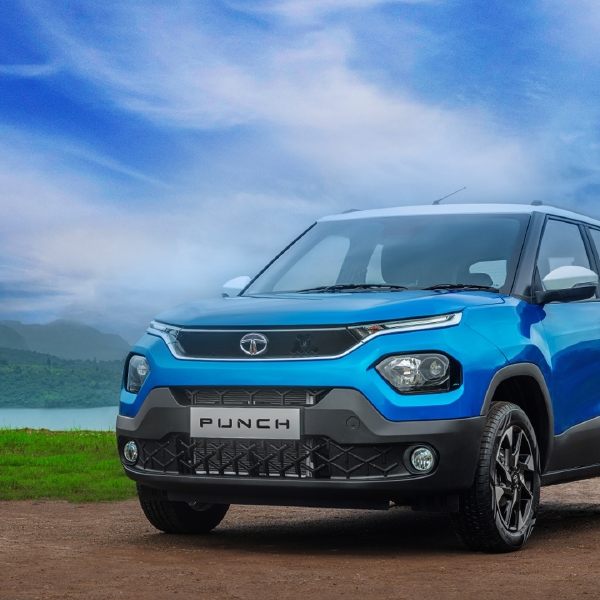 The upcoming micro SUV Tata Punch from Tata Motors may be launched soon at a price of just under 5 lakhs. It is reported that the company can launch this car in October.

The Indian automobile company Tata Motors ( Tata Motors is planning to launch) this festive season Micro SUV Tata Punch. The Tata Punch has been spotted at various places in different colors even before the launch. The company has started shipping the punch based on Tata’s H2X concept to the dealerships as well. The most special thing about this car is that it can be launched in India for less than Rs 5 lakh.

Premium Features at a low price

Tata Punch can be launched next month i.e. in the second week of October for less than Rs 5 lakh. Tata Motors recently released its teaser, in which many features including design have been revealed. The news is coming that multiple riding modes can be seen in the Tata Punch, which is not seen in cheap cars. But to attract the attention of the people towards the punch, Tata Motors is bringing such features in this cool micro SUV, which are seen in Creta, Seltos, and Brezza as well as Tata Nexon and other cars.

The front look of the car can be very similar to the Tata Safari and Tata Harrier. The Tata Punch will have 3 riding modes like the Tata Nexon, Sport, City, and Eco, which will enhance the riding experience of the people in every terrain i.e. be it urban roads or rough roads, Tata Punch takes care of people everywhere Will keep Also, people will get different mileage in each mode.

Read More: All beautiful places in the country can be visited by Royal Enfield, IRCTC is giving special tour package

The upcoming micro SUV Tata Punch could be offered with two engine options, which would be a 1.2 liter 3 cylinder naturally aspirated petrol engine and a 1.2-liter turbocharged petrol unit. The punch can be launched with a 5-speed manual and AMT transmission options.

Glittering colors captivated the hearts of the customers

Recently, Tata Punch was seen in a dual-tone color option. In the new photo, the vehicle was seen in the combination of Orange-Black. Along with this, LED DRL (Daytime Running Lights) and dual-tone alloy wheels are also seen in it, which suggests that it can be the top variant of the SUV.

SUV will be equipped with great features

The Tata Punch gets projector headlamps with LED DRLs, black bumper, underbody, and side cladding. The car also gets square wheel arches, blacked-out pillars, and faux roof rails. According to the leaked pictures, this car will come with a great cabin. There are many highlights on the dashboard, and a thick chrome strip, which runs across the dashboard as well. Like the Nexon, there is an infotainment system on the dashboard. It is likely to get a semi-digital instrument cluster, keyless start-stop and go, automatic climate control system, etc. It is expected that the starting price of this small SUV can be around Rs 5 lakh.

Share
Facebook
Twitter
Pinterest
WhatsApp
Linkedin
Telegram
Previous articleAll beautiful places in the country can be visited by Royal Enfield, IRCTC is giving special tour package
Next articleAdi Shankaracharya had built 13 akhadas in the eighth century, know everything about their tradition and history