If you’re tired of receiving spam calls, use this approach to silence them 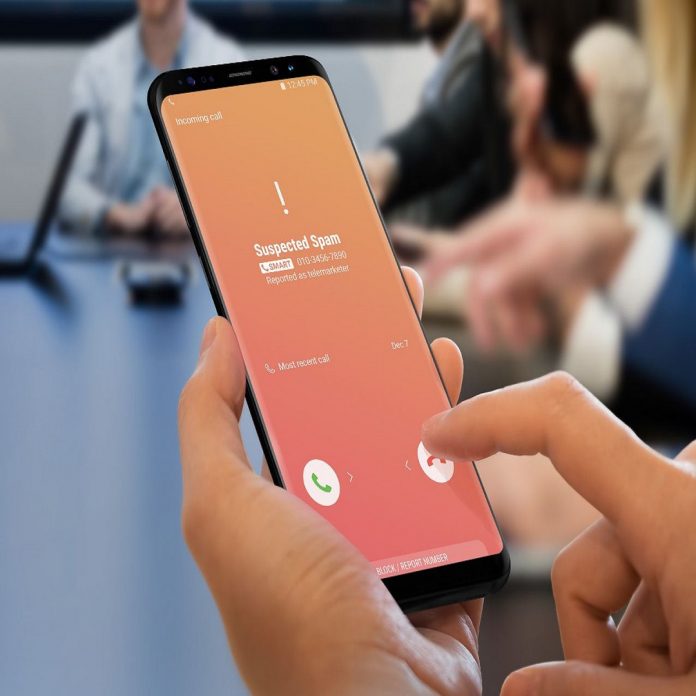 If a spam call is made to your number and you do not answer it, your phone number is placed on a blacklist. The phone numbers of persons who get Spam Calls are included in the Good List.

According to a new survey, India is the fourth most spam-affected country in the world. In India, every person receives at least 16 spam calls per month. Spam Calls are also known as uninvited visitors in common usage. These calls are intended to offer you a credit card, a loan, a bank account, or a company’s service or goods.

Indians are irritated by spam calls.

In a 2017 survey, 6 out of 10 persons confessed that they frequently receive such spam calls when they are busy, which makes them frustrated and angry. That is, such calls annoy the Indian people. Despite this, India comes in second place on the list of nations getting these calls, and this is reflected in this new research.

According to a report conducted by Truecaller, a caller identification business that detects calls, nearly 200 million spam calls were made in India this year from just one cellphone number. That is, a Spammer made 6 lakh 64 thousand calls every day and 27 thousand calls per hour, according to this. These numbers reveal that spam calls are a part of millions of Indians’ daily lives. After Brazil, Peru, and Ukraine, India is the fourth most spam-calling country in the world. Every person in Brazil receives at least 33 spam calls, 18 in Peru, 17 in Ukraine, 16 in India, and 15 in Mexico.

Why do you receive spam calls?

The majority of spam calls in India (93.5%) are for sales, i.e. to sell something. A new telecom plan has arrived, a new automobile has arrived, an excellent scheme is available on a bank’s credit card, or a new insurance policy has arrived, for example. Companies ring your cell phone’s bell without your permission. It’s the equivalent of someone breaking into your home without ringing the doorbell and informing you that you must purchase this service or product.

Following the sale, around 3% of spam calls on your phone are for financial services. People nowadays, for example, receive spam calls urging them to create a bank account, take out a loan, or even purchase CryptoCurrency. Following that, 1.4 percent of calls are for fraud or scams. Your bank information is stolen fraudulently in this case. You are informed that you have won the prize and that an OTP of four or six digits, i.e. One Time Password, has been sent to your phone number. Money is deducted from your bank account when you provide this OTP.

Read More: Update your mobile number in Ration Card Now and get many benefits; Know the full process

Many people are now asking themselves, “How did these companies gain your phone number?” So the simple answer is that you have given this number numerous times before. As a result, anytime you register an account on any social media platform, you are required to provide your mobile phone number. These social media networks now make it appear as if you are utilizing their services for free. The truth is that these firms sell your information to these companies, and your phone number is passed on to advertising companies that wish to promote their product to you in whatever way.

This entire system is set up in such a way that you keep getting sucked into a maze of spam calls after spam calls. In fact, if a spam call is made to your phone number and you do not answer it, these organisations will put your number on a blacklist. If a person accidentally receives a spam call, his number is added to the good list. Companies assume that if they are not detected today or tomorrow, they will be caught in their deception.

How are you going to go around it now? In four simple steps, you can grasp it. You can make a note of these points if you want. DND, or Do Not Disturb, is the original and most popular strategy to prevent these calls. You can start using this service by dialing the customer service number for the telecom firm whose mobile phone you use, and then the spam calls to your phone will be halted.

This also applies to the second method. The Telecom Regulatory Authority of India, or TRAI, has a DND Mobile App that you can utilize. This programme allows users to customize their preferences. You can use it to block all forms of spam calls. Aside from that, you may use this app to make a complaint against Spam Calls and track the progress of your complaint.

Always read the policy and terms of any mobile app or social media platform before using it. Often, you will disregard these lengthy and broad conditions, and your personal information will be transferred to advertising companies.

To avoid spam calls, you can utilise apps like Google and Truecaller. TRAI, generally known as the Telecom Commercial Communication Customer Preference Regulation, issued certain rules in 2018. If a telecom provider is unable to prevent Spam Calls from being received, it will be required to pay a penalty to its subscribers. This fee will be one thousand rupees if a person receives 0 to 100 spam calls in a month. If 100 to 500 calls are received, the fee will be 5,000 rupees; if more than 1,000 calls are received, the fine will be 10,000 rupees. The issue presently is that neither the general public nor telecom firms are aware of these restrictions.

Share
Facebook
Twitter
Pinterest
WhatsApp
Linkedin
Telegram
Previous articleHow dangerous is Omicron, central government advised; This advice was also given to the states
Next articleHoliday Calendar 2022: 82 days out of 365 will be designated as holidays; find out when Bihar’s summer vacation will begin

Examine Bounce Cases: The Supreme Court has taken notice of the rising number of check bounce instances. It has been ordered that special courts...
Read more

The luck of PF employees is about to wake up once again. If PF money is being deducted while doing your job, then this...
Read more

So much interest is getting on one year FD in Post Office, know 5 big banks get this return!

Post Office Fixed Deposit: After the announcement of increasing the repo rate by the Reserve Bank of India, most of the big banks in...
Read more