How much money have Indian individuals and businesses deposited in Swiss banks recently? Information was provided by the finance minister. 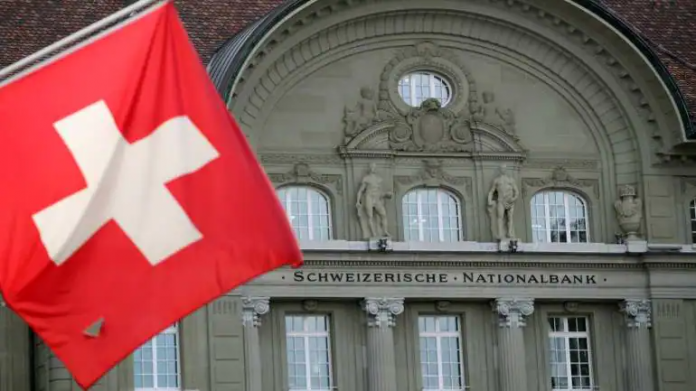 Deposit in Swiss Bank: The information regarding the amount of money that Indian individuals and businesses have placed in Swiss banks was provided by the Finance Minister, Nirmala Sitharaman.

Indian Deposit in Swiss Bank: Concerns about Indian individuals’ and businesses’ deposits in Swiss banks are frequently voiced. Nirmala Sitharaman, the minister of finance, has revealed details regarding the sums of money that Indian individuals and businesses have put in Swiss banks. Actually, this was what Finance Minister Nirmala Sitharaman responded to in the Lok Sabha on Monday.

What amount of money is held in Swiss banks?

Deepak Baij and Suresh Narayan Dhanorkar questioned the government in the Lok Sabha about if there had been a rise in the sums deposited by Indian individuals and businesses in Swiss banks. The government has set up a multi-agency government to conduct quick and coordinated investigations in cases like the Panama Paper Leaks, Paradise Paper Leaks, and the recently discovered Pandora Paper Leaks related to foreign assets, according to Finance Minister Nirmala Sitharaman, who was providing information in the Lok Sabha. An enforcement agency/organization representative team has been formed, called the MAG.

The Finance Minister stated, “There is no official estimate of the amount of money that Indian individuals and businesses deposit in Swiss banks. However, according to some media reports, the amount of money deposited by Indians in Swiss banks increased in 2021 compared to 2020. The quantity of purported black money that Indians are said to have put in Switzerland is not indicated by these deposits, according to these media sources.

The Finance Minister added that the Swiss government has already made it clear that the information provided by the Swiss National Bank (SNB) is used as a valid indicator of the number of assets held by Indian residents in Swiss financial institutions by the Indian media. persistently brings up. In other words, these media stories did not consider how to evaluate these numbers, which resulted in inaccurate headlines and analyses. In addition to this, the Finance Minister stated that aside from this, it has frequently been claimed that the money that Indian citizens have deposited in Switzerland is unreported.

Share
Facebook
Twitter
Pinterest
WhatsApp
Linkedin
Telegram
Previous articleCrores of ration card holders jumped with joy after hearing the new announcement; Said – the government has won the heart
Next articleLPG Safety Tips: Do not make these mistakes even by forgetting near the gas in the kitchen, otherwise there can be a big loss