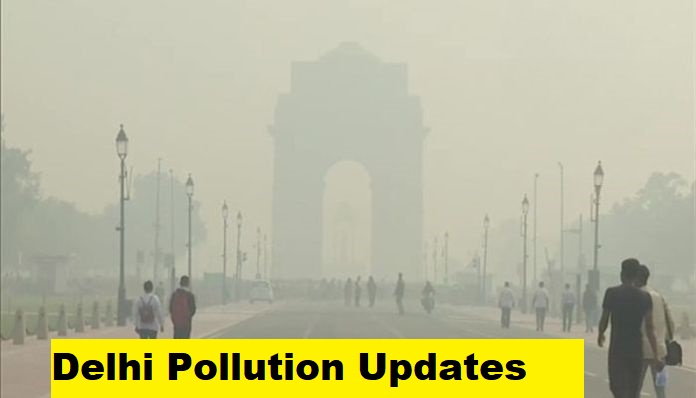 Delhi Pollution Updates: With the change of season in Delhi, some respite from pollution has also been observed. According to the Central Pollution Control Board, today i.e. on December 8 around 7 am, the Air Quality Index (AQI) has improved. Delhi’s air quality today. On Thursday, the average air quality index was recorded at 284, which is in poor condition. For the past few days, the AQI in the capital remained very poor and on Saturday it reached the severe category.

With the improvement in air quality, Delhi has got relief from some restrictions. The Centre’s Air Quality Commission on Wednesday ordered the lifting of restrictions imposed under the third phase of the anti-pollution action plan in Delhi-NCR. The sub-committee held a review meeting in view of the significant improvement in air quality in Delhi-NCR to take steps under the Phased Action Plan (CRAP). Let us know what is the condition of the areas of Delhi today.

AQI of different areas of Delhi

These restrictions were removed under Stage III of GRAP

Please be informed that in view of some respite from pollution in Delhi-NCR, the strictness has been relaxed. Stage III of the Graded Response Action Plan (CRAP) has been removed in Delhi. There will be no restriction on these works in Grape Stage 3.

These restrictions will remain in the second phase of GRAP

Read More: MCD Election Result: Arvind Kejriwal gave these 10 guarantees to the public before the election, see the complete list

Owners of BS-III petrol and BS-IV diesel four-wheelers will now be able to take their vehicles on Delhi roads as the restrictions imposed on...
Read more

Bio Bitumen Using Stubble: The level of pollution is increasing continuously in many states of the country including Delhi-NCR. Efforts are being made rapidly...
Read more