Coronavirus Third Wave: No Signs of Influence of Children 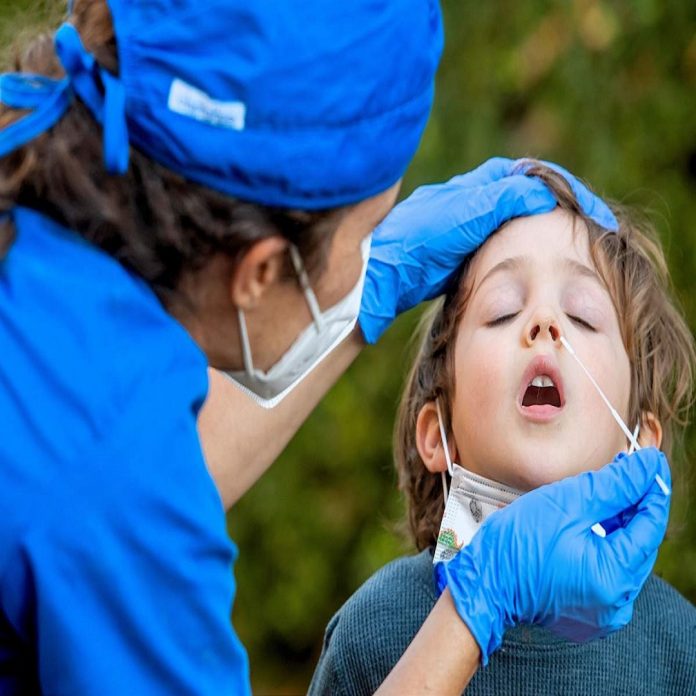 AIIMS director Dr. Randeep Guleria says that children are already under a lot of stress due to the Coronavirus Third Wave. Their education has been badly affected. In addition, the use of smartphones and the Internet has also increased rapidly. The effect of which is being seen in the behavior of children. In such a situation, people should be saved from a theory like saving children from the third wave. No signs of serious or overbearing children in the third wave.

Dr. Guleria said that it is wrong to say that the coronavirus has only an effect on children. Because year-round, it is seen that the infection is in every age group, but the fatalities are more than 45 years of age, especially in the elderly.

Their methods of defense are the same for all of us. Such as face masks, distance from the crowd, and the habit of washing hands frequently. No scientific evidence has been found so far, on the basis of which one can say that children will be more infected, not older, in the third or fourth wave. This is completely wrong. People get nervous by talking like this.

We all need to avoid these discussions immediately. However, attention must be paid to the safety of the children or their families. May we not be so careless that even safety measures are forgotten.

No evidence of infection in children in the third wave,

Children are prone to corona as adults.

Luv Kumar Aggarwal, joint secretary in the Ministry of Health, said that the risk of corona in children is similar to that of adults. The ICMR reported this through a study only last month. Earlier, the Indian Academy of Pediatrics Organization has also denied that such children are at greater risk from the third wave in the country.

Can stop the third and fourth wave

Dr. Guleria says that the crisis of Corona epidemic is still in the country. It’s third and then fourth waves can also come. But we can make all efforts to stop it. If the general public takes care of Kovid Vigilance Rules.

Monitoring and containment zone strategy at the district level should be strictly worked and if treatment service is not interrupted in hospitals, then the next catastrophic wave can be stopped. Even if new cases increase again, we will surely be able to prevent the epidemic from spreading too much through the schemes.

Share
Facebook
Twitter
Pinterest
WhatsApp
Linkedin
Telegram
Previous articleBank Holidays: Banks will remain closed for 9 days in June, according to the holidays, the necessary work, see the complete list
Next articleKnow the difference in symptoms of Black fungus and white fungus, which parts of the body are causing damage