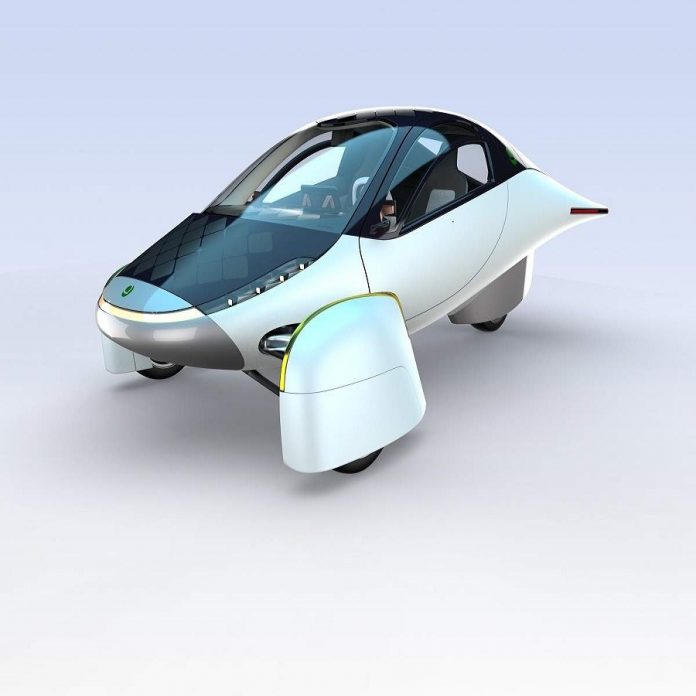 Amidst the rising price of petrol and diesel, the world is focusing on the production of electric vehicles. In this sequence, until the charging infrastructure is well developed, running electric cars is no less than a challenge. Keeping this in mind, some electric car manufacturers are now adding the feature of solar charging to electric cars. While electric vehicles are entering the Indian car market, solar-powered electric cars have now been launched in the international market.

While electric vehicles are entering the Indian car market, preparations are on to launch solar-powered electric cars in the international market. Actually charging stations are needed to charge electric cars which are not available immediately. Unless the charging infrastructure is well developed, driving electric cars is nothing less than a challenge.

Keeping this in mind, some electric car manufacturers are now adding the feature of Solar Charging in Electric Cars, due to which they do not have to depend on charging stations for charging. Today we are going to tell you about two solar-powered electric cars of the world, which are being worked on fast, and in the coming time, they can be seen speeding up on the roads.

Read More: Realme launched a shocking Amazing Smartphone, Which will be available in less than 10 thousand rupees

Let us tell you that this car gets charged by sunlight because solar panels have been installed on its body. On a single charge, it can be driven up to 1000 miles or about 1,600 kilometers. The company had started the pre-order sale for the Aptera Paradigm in which the car was sold out in less than 24 hours.

4.Best Features of Humble One

The Humble One features a solar roof, electricity-generating sidelights, peer-to-peer charging, regenerative braking, and fold-out solar array wings for battery charging. With the help of all this, the battery of the SUV keeps on charging easily.

Like the Aptera Paradigm, California-based start-up company Humble Motors has designed the SUV Humble One and presented it to the world. This car is also solar powered which means that the out-of-pocket expenses of the customers are going to be very less. Solar panels have been installed in many different parts including the roof of this car, using which this car charges the battery.

Share
Facebook
Twitter
Pinterest
WhatsApp
Linkedin
Telegram
Previous articleSBI’s New Rule: SBI Customers Take Notice! Because the bank modified a major rule, there may be issues with transactions
Next articleThe Finance Minister will announce EASE 4.0, which will assist retail customers by increasing the focus on products ranging from vehicle financing to e-commerce purchasing

Windfall Tax: Oil producing companies did not get relief, the government increased the duty on the export of domestic crude

Business desk. The government has once again increased the duty on the export of domestic crude oil. According to the notification, the import of...
Read more

Price of Petrol on May 24, 2024 Update: The country's gasoline and fuel prices are breaking daily inflation records. There has been no rise...
Read more