Smartphone launched that does not spoil even in water and dust, Know the features 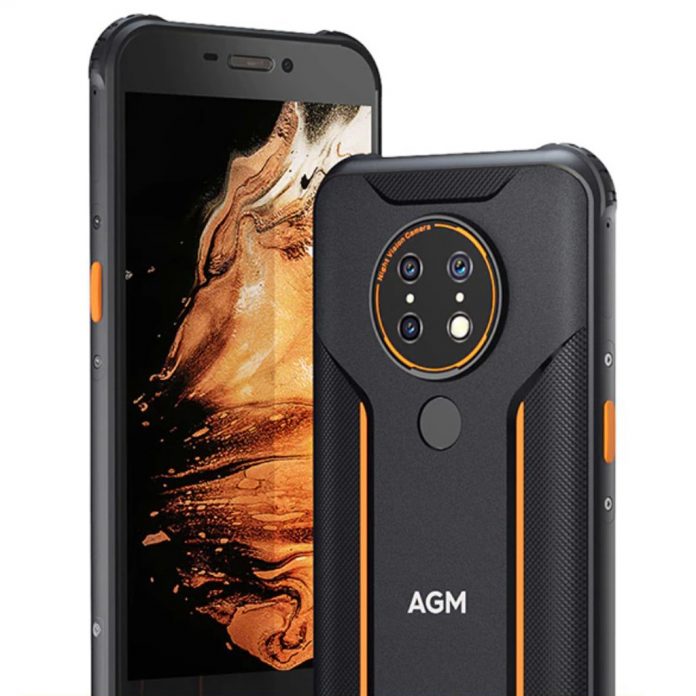 AGM H3 Rugged Phone has been launched. It is quite light and thin, which means that this phone can be easily held. Along with this, this phone will neither get spoiled in water nor dust and soil will be able to spoil anything of this phone. Let’s know the special things about the phone …

AGM Mobile has launched its rugged smartphone. The best part is that it doesn’t feel bulky like other rugged phones. It is quite slim and light. This phone can be easily held in hand. The company has named this model as AGM H3 Rugged Smartphone. The AGM H3 flaunts a large 5.7-inch LCD screen. Its dimensions are 168 x 78 x 12.3 mm. It is quite thin compared to other phones, but it is thick because of the battery. The battery of the phone is 5400mAh. Its weight is 248 grams. Let’s know the great features of AGM H3 …

AGM H3 will not spoil in water

The AGM H3 smartphone is rugged and certified for MIL-STD-810H. Many companies have taken certification from IPXX manufacturers. But this phone has been certified by MIL-STD-810H. The MIL-STD-810H guideline is that the phone should be able to withstand environmental stresses such as pressure, temperature, explosions, shocks, and vibrations. It also includes waterproof tests and humidity tests. The AGM H3 phone is also compliant with IP68/69K standards for a high-pressure wash jet for the phone.

Read More: IRCTC iPay: Train tickets will be booked instantly, and cancellations will result in an immediate refund. Find out more here

Unlike the more boxy phones like the Cubot King Kong 5 and Doogee S97, the AGM H3 has curved edges and smooth corners. The phone is quite handy as it is light. You can keep it in hand for a long time and use it.

Inside the AGM H3 is a MediaTek MT6762 octa-core ARM Cortex A53 chipset clocked at up to 2.0GHz. It comes with 4GB RAM and 64GB storage which can be expanded up to 128GB by adding a micro SD card in the dual SIM slot. The OS is Android 11 and the H3 has NFC built-in.

There is a Type-C port and no 3.5mm jack to reduce the chances of water ingress. However, there is a Type-C to 3.5mm headphone jack converter inside the box. There are three lenses and an LED flash light on the back of the phone. The rear camera is 12MP and there is a 13MP infrared night camera. There is also a 2MP macro camera. The front camera is 8MP. The camera software has some image enhancement features such as face slimming or skincare filters. There is a 2W speaker on the front of the camera and the sound is impressively loud. This phone has been launched in China. The company has not told anything about when it will come into the global market.

Share
Facebook
Twitter
Pinterest
WhatsApp
Linkedin
Telegram
Previous articleIf you are over 18 years old, then Flipkart can give you the Smartphone of your choice for free, know this amazing offer
Next articleMonthly Horoscope, September 2021: The month of September will shine, but people with 2 zodiac signs should not make this mistake