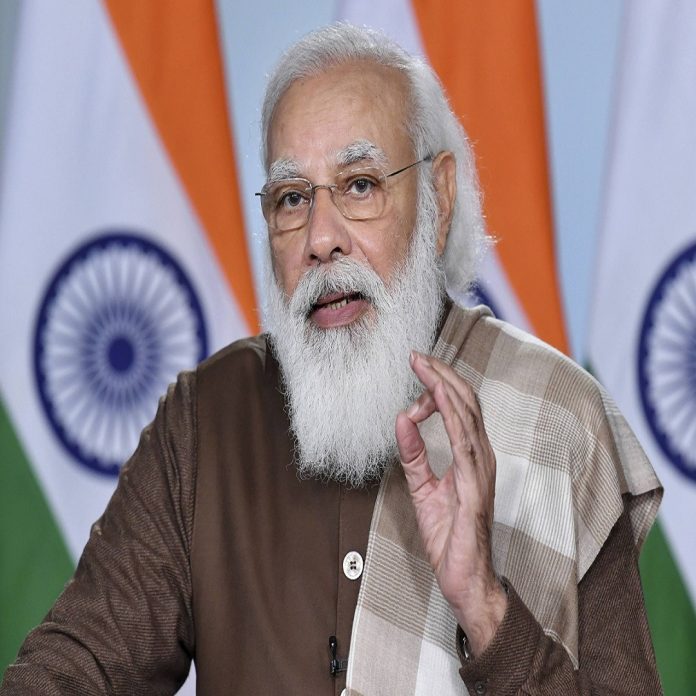 LUCKNOW: Prime Minister Narendra Modi on Wednesday lashed out at past governments, saying the poor had to tolerate the brunt of their “wrong” policies and intentions.

He also said that the poor people never believed in the past that the government will help them get shelter above their heads.

“Their (past governments) policies were wrong and the poor had to bear the brunt of their wrong intentions,” he said while releasing financial support of ₹2,691 crores to 6.1 lakh beneficiaries in Uttar Pradesh under the Pradhan Mantri Awas Yojana.

In his 30-minute speech over video conferencing, the prime minister said the people of Uttar Pradesh have not forgotten those governments in the past.

Modi also appreciated Chief Minister Yogi Adityanath for the all-round development in the state and quick implementation of central schemes, saying it has given it a “new identity”.

The prime minister first pressed the remote button to release the assistance and interacted with some beneficiaries.

ALSO CHECK: Get a tremendous discount with Tata Cliq Coupons and Mamaearth Coupons

So far 1.26 crore houses have previously been built across the country under the scheme, an official release said.

Under PMAY-G, each beneficiary is given a 100% grant of ₹1.20 lakh (in plains) and ₹1.30 lakh (in hill states/NE region/difficult areas/JK & Ladakh besides Naxal-hit districts besides areas falling under the Integrated Action Plan IAP).

The beneficiaries of PMAY-G are also given the support of unskilled labor wages under the Mahatma Gandhi National Rural Employment Guarantee Scheme (MGNREGS) and assistance of ₹12,000 for construction of toilets through the Swachh Bharat Mission-Gramin (SBM-G), MGNREGS, or any other dedicated cause of funding.

The scheme has provisions for convergence with other central or state government schemes for providing LPG connection under the Pradhan Mantri Ujjwala Scheme, electricity connection, and access to safe drinking water under the Jal Jeevan Mission.

PM Awas Yojana: PM Modi will be the beneficiary of the first installment of the scheme

The Pradhan Mantri Awas Yojana (PMAY) was launched in 2015 with the goal of providing housing to the economically disadvantaged. PM Awas Yojana: The first...
Read more

PM Awas Yojana: Did you know that you would now receive a threefold amount in the PM Awas Yojana? Learn about the government’s plan...

Awas Yojana of the Prime Minister: The amount of PM Awas has been proposed to be increased to four lakh rupees. This initiative only receives...
Read more

PM Awas Yojana 2021: CII has demanded from the government that the Pradhan Mantri Awas Yojana should be relaunched and the facility of life...
Read more