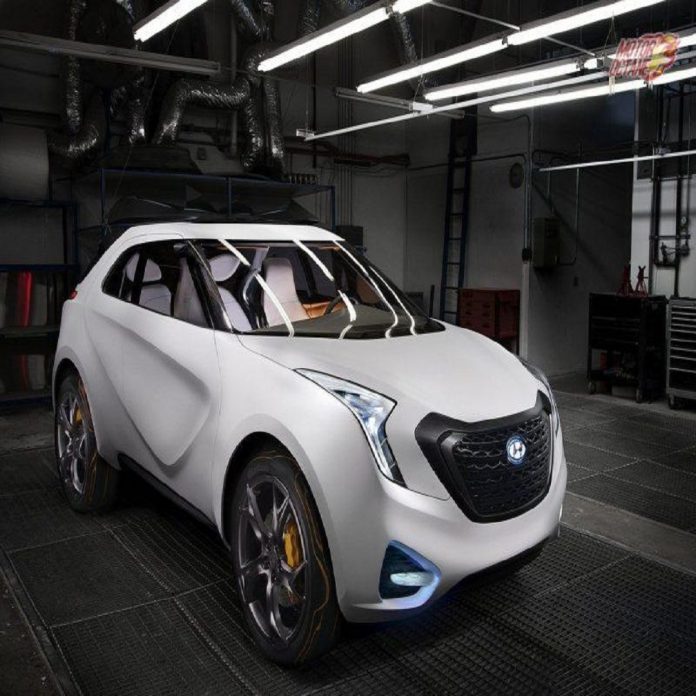 The South Korean carmaker is preparing to launch a micro SUV this year. According to media reports, this micro SUV of Hyundai will be named Hyundai Casper. Until recently, this small Hyundai car was being known by the codename AX1.

Hyundai’s much-awaited micro SUV is going to start mass production in Korea in September-2021. In India too, this micro SUV is being eagerly awaited. Although the company is preparing to launch this first in the Korean market.

According to the report, the Hyundai Casper will first be available for sale in Korea by the end of this year. The company has registered this micro SUV under the name Casper for the Korean market. The company has not given any information about the name under which this car will be sold in other countries including India.

If we talk about India, then it is being said that the company can launch it in the year 2022. It will be the smallest SUV from Hyundai and the Venue will be slotted below the sub-4 meter SUV, which means it could be slightly smaller than the Venue. The Casper will be based on Hyundai’s K1 compact car platform, which currently powers the Grand i10 Nios and Santro.

Read More: PM Kisan Tractor Yojana: The government will provide a 50% subsidy on tractor purchases; learn how to qualify

Regarding the engine, the

Hyundai Casper can be given a 1.2-liter capacity 4 cylinders naturally aspirated petrol engine, which generates power of 83hp and torque of 114Nm. Apart from this, the company can also offer a 1.1-liter petrol engine in its lower variants, so that its price can be kept to a minimum.

Significantly, the Indian market is very important for Hyundai. It is being said in many media reports that this car will compete with Maruti Suzuki S-Presso in the Indian market. While in this segment the Tata company is preparing to introduce HBX.

Talking about the price, the company has not given any indication about this. But it is being speculated that the price of Hyundai Casper can range from Rs 4 lakh to Rs 5 lakh. Because it will be the company’s entry-level micro SUV.

Share
Facebook
Twitter
Pinterest
WhatsApp
Linkedin
Telegram
Previous articleHotness Alert!! Daughter Suhana also fades in front of Shah Rukh Khan’s niece! See the beauty in photos
Next articleIRCTC: Online ticket not booked, but money deducted from the account! Know then how you will get a refund

Tata-Mahindra will be sweating, Hyundai Creta Electric is coming, the price will be only this much

Hyundai Creta Electric SUV: Tata Motors has the largest share in the Indian electric car market. At present, its market share is more than...
Read more