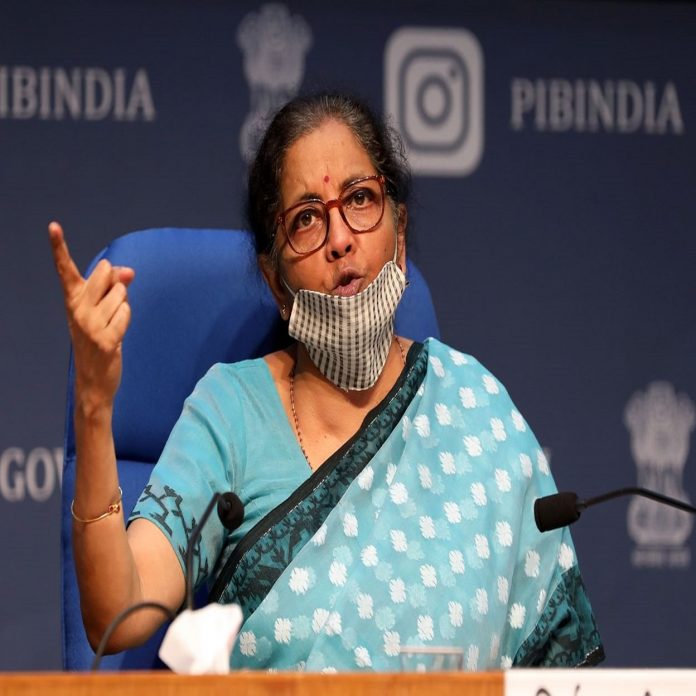 The Minister of State for Finance stated that there are no plans to consolidate the banks at this time. The privatization of two public sector banks has already been announced in the current fiscal year’s budget. View detailed news.

New Delhi: Minister of State for Finance Nirmala Sitharaman has stated that the government has no plans to merge public sector banks at this time. There has also been no proposal made in this regard. In Budget 2021, it was already announced that two banks would be privatised.

In the first budget, the announcement was made.

Finance Minister Nirmala Sitharaman announced the privatisation of two banks and a government insurance company when she presented the budget on February 1, 2021. For the current fiscal year, 2021-22, the government has set a target of Rs 1.75 lakh crore for disinvestment and privatisation. Let us inform you that the NITI Aayog has been tasked for privatisation selection. The Indian Overseas Bank and the Central Bank of India have been chosen for privatisation, according to current knowledge. However, it has yet to be officially revealed.

Read More: Malaika Arora’s boldest look came in front, it will be difficult to handle her beauty

When did banks start merging?

In the first phase of the SBI merger,

Five affiliate banks were merged into the country’s largest public-sector bank, State Bank of India, in the first phase. Apart from that, Bank of Baroda merged Vijaya Bank and Dena Bank. In the country today, there are 12 public sector banks.

The merger’s impact is beginning to be felt. The banks’ profits have risen as a result of this. Despite the Corona outbreak, public sector banks made a profit for the first time in five years in the fiscal year 2020-21. In the previous financial year, 12 banks earned a total of Rs 31817 crore. The problem of poor loans is steadily diminishing, and banks are improving as a result. The total loss of public sector banks in the financial year 2019-20 was 26015 crores. Only the Punjab and Sind Bank and the Central Bank lost money

Share
Facebook
Twitter
Pinterest
WhatsApp
Linkedin
Telegram
Previous articleMalaika Arora’s boldest look came in front, it will be difficult to handle her beauty
Next articleIncome Tax Return: Salaried People Can Save Up To Rs.8 Lakh In Taxes! Here are ten ideas

Video Life Certificate Facility: November has officially started. Millions of seniors around the nation will be required to produce their "Jeevan Pramaan Patra," or...
Read more

Digital Currency: Notes will be closed in future! RBI did pilot test of digital currency, what will be the benefit?

Before paying your monthly EMI using a credit card, keep these factors in mind to avoid losing thousands of rupees.

Apply for a Credit Card: A credit card can be quite helpful if used correctly. Additionally, each month after making any purchases using a...
Read more