FASTag will provide not just toll but also parking services, and Paytm will begin service with DMRC 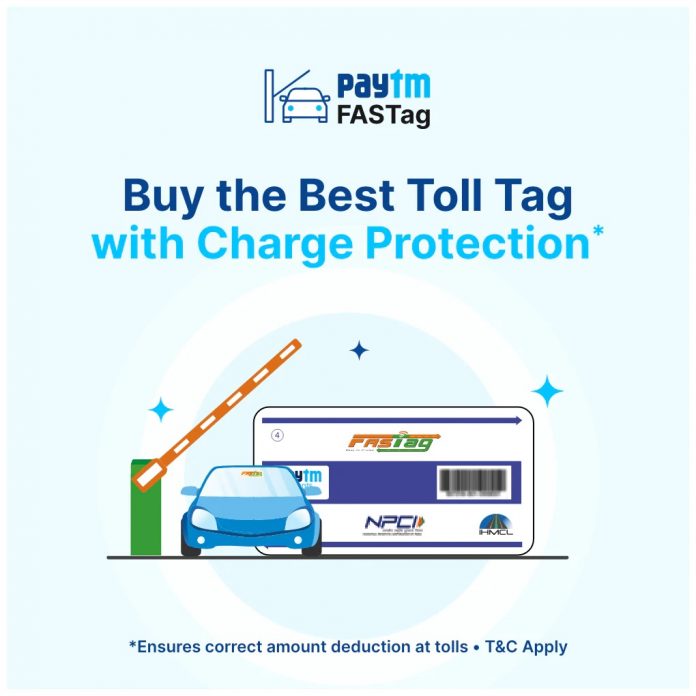 Paytm FASTag Parking in New Delhi: If your car has a FASTag installed, Paytm will pay for your parking as well. Paytm, a digital payment startup, will launch FASTag-based parking services across the country. Paytm Payments Bank Limited (PPBL) has stated that the country’s first FASTag-based metro parking facility has been launched in collaboration with Delhi Metro Rail Corporation (DMRC).

Paytm parking service based on FASTag

Paytm has launched a FASTag-based parking service at Delhi’s Kashmere Gate metro station. For cars with valid FASTag stickers, Paytm Payments Bank will enable FASTag-based payment. It will function in the same way that toll points operate. FASTag will deduct the parking money according to the hours when you enter and exit the parking lot. You won’t have to pay with cash. A UPI-based payment system for two-wheelers entering the parking lot has also been launched by Paytm Payments Bank.

Read More: This SBI special scheme is coming to an end, and today is your final chance to earn; see the details now

Paytm has issued one million FASTags.

In a statement released by PPBL, DMRC Managing Director Mangu Singh said, “This is another step toward digitization in DMRC’s endeavour to give solutions to our consumers, especially at a time when contactless transaction techniques are the need of the hour.” In June, Paytm Payments Bank became the first bank in the country to issue 1 crore FASTags. According to the National Payments Corporation of India (NPCI), all banks issued more than 3.47 crore FASTags by the end of June 2021.

At addition, service will begin in retail centres and hospitals.

PPBL is also in discussions with its stakeholders about implementing a digital payment solution for parking lots at shopping malls, hospitals, and airports. According to a press release from PPBL, the bank plans to digitise parking facilities across the country, with the Kashmere Gate Metro station being the first to use the bank’s digital payment option. In numerous states, the bank is collaborating with municipal governments to implement FASTag-based parking facilities in both organised and unorganised areas.

The FASTag network has grown.

“We have endeavoured to develop the FASTag network in our country,” PPBL Managing Director and CEO Satish Gupta stated. We’re thrilled to be working with the Delhi Metro Rail Corporation to introduce a digital payment solution at their parking facility. By integrating the FASTag system, we will continue to engage with other parking providers around the country to adopt a secure and contactless payment option.

Share
Facebook
Twitter
Pinterest
WhatsApp
Linkedin
Telegram
Previous articleThis SBI special scheme is coming to an end, and today is your final chance to earn; see the details now
Next articleDriving License: How to get a driving license at home, Know the process in these 10 points

Delhi Metro: Delhiites have fun, without metro card you will get a chance to travel like this

Delhi Metro Card: Passengers had to face many problems while paying the fare in Delhi Metro. To reduce this problem, a new feature is...
Read more

The hassle of FASTag will end, toll tax will be recovered from the number plate, Gadkari told the plan

Nitin Gadkari said that now preparations are being made to remove toll plazas and install number plate reader cameras, which will charge toll tax...
Read more

Delhi Metro: The Delhi Metro’s pace was slowed down by thieves; the issue will continue all day; Read this news before your trip.