Due to a current supply issue, the decision to require 6 airbags in cars was postponed, according to Gadkari. The rule will now take effect on October 1, 2023. 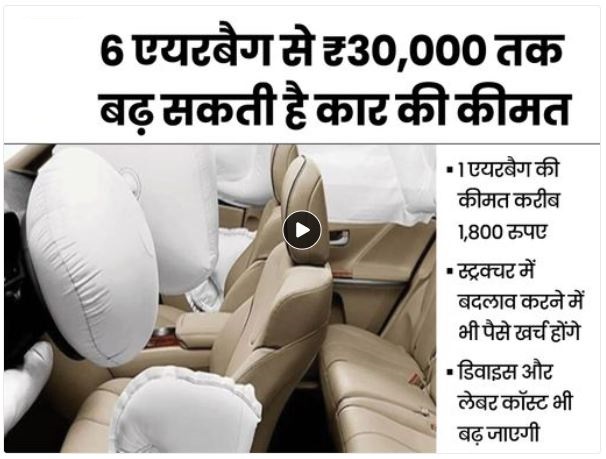 The decision to require six airbags in M1 category vehicles with up to eight seats has been postponed by the government by one year. This decision will now take effect on October 1, 2023, rather than October 1, 2022, as originally planned. Nitin Gadkari, the transport minister, provided this information on Thursday. He claimed that the worldwide supply chain issues the car industry is currently experiencing had caused it to be delayed. 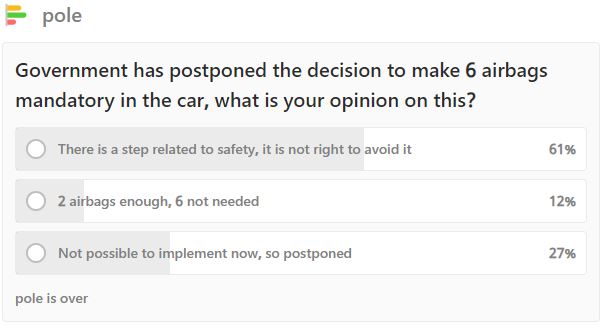 Gadkari began developing the idea to include six airbags in cars as early as last year. Prior to this, the ministry had imposed driver airbags beginning on July 1, 2019, and front passenger airbags beginning on January 1, 2022. Currently, all cars come with 2 airbags as standard equipment. There are two seats in it, one for the driver and one for the front passenger. 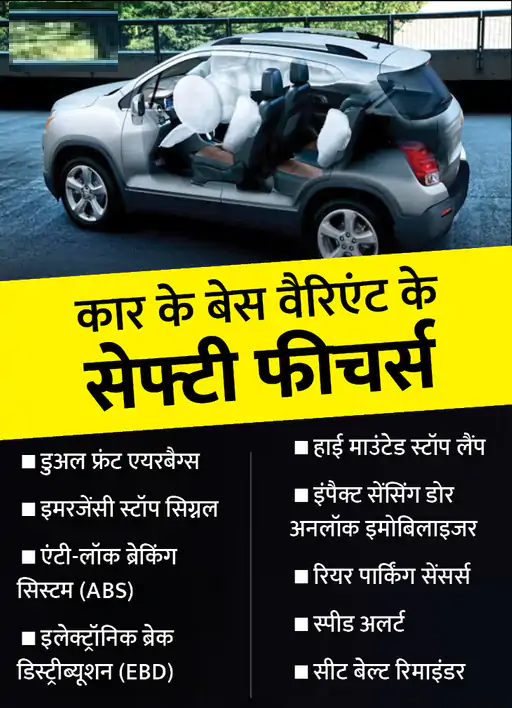 Six airbags on the base model could add around 30,000 rupees to the cost of the automobile, say auto experts. It may cost between Rs. 8,000 and 9,000 to add 4 airbags for passengers in the back seat. An airbag costs roughly Rs 1,800. Additionally, money will be spent on changing the structure at the same time. Costs for personnel and equipment will also rise.

How do airbags work?

In the event of a frontal accident, the airbags deploy in less than a second to shield the passenger’s head and chest. As a result, the dashboard is not struck by the body. Yes, a seat belt must be attached to the airbag for maximum safety. If seat belts are not fastened, airbags only cause harm. Along with the possibility of neck bone-shattering, there is also the possibility of facial injuries.

The safety of the people is the most important 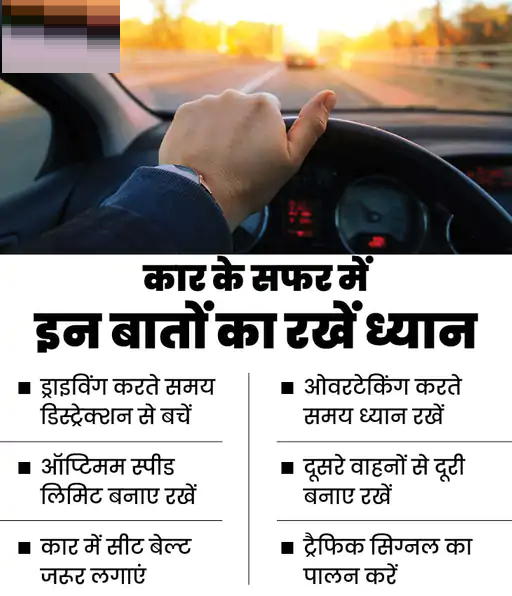 According to Gadkari, the first concern is the safety of all passengers in motor vehicles. Gadkari ordered e-commerce businesses to stop selling a device that turns off car seat belt alerts earlier this month. According to Gadkari, his ministry wants to reduce fatalities from traffic accidents by half by the end of 2024.

After the death of former Tata Group chairman Cyrus Mistry in a road accident, the Ministry of Road Transport and Highways ( MoRTH ) 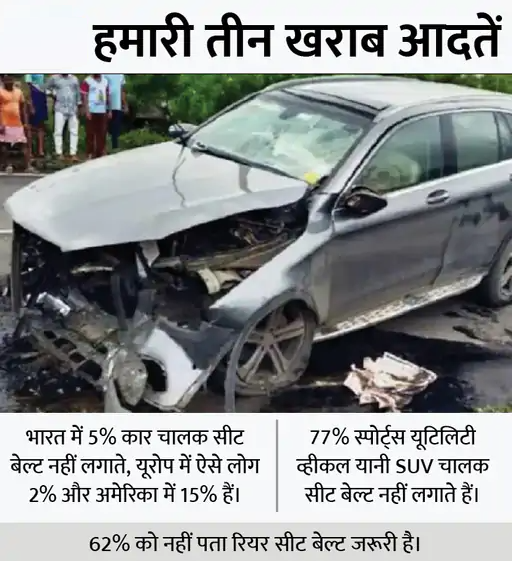 Read More: Two Best cars launched yesterday, one will run on battery and the other on flex-fuel

This rule for N and M vehicles

The ministry reportedly released these proposed regulations for N and M automobiles. Four-wheelers that can carry people are under category M. As opposed to this, category N comprises vehicles that have at least four wheels and can be used to transport both persons and products.

Share
Facebook
Twitter
Pinterest
WhatsApp
Linkedin
Telegram
Previous articleActress Neha Malik wreaked havoc in just a top, striking a killer pose while sitting near a swimming pool.
Next articleSugar Production: Now the price of sugar will be lower, the sugar mill going to open next month, know the reason