Coronavirus Vaccines: Which of the Covaxin, Covishield, and Sputnik V are the best and know side effects of these vaccines 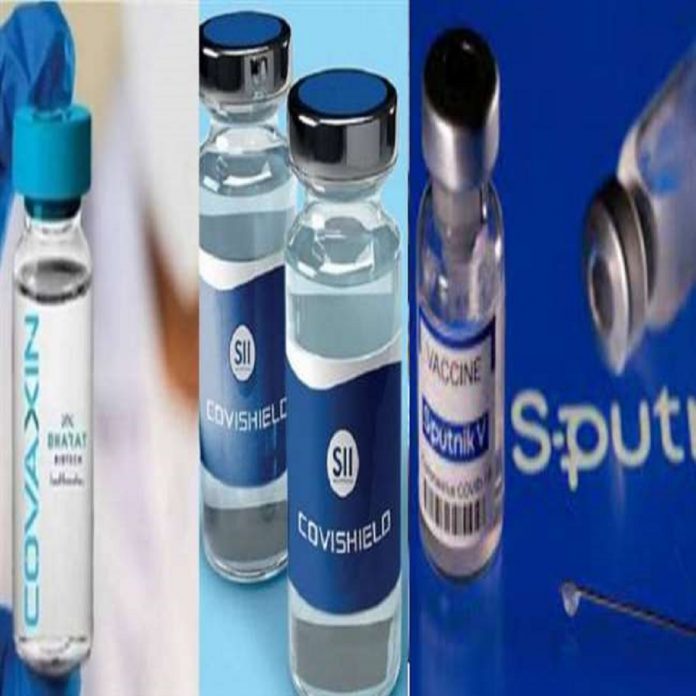 Coronavirus Vaccines: Vaccination is in full swing in the country these days to reduce the havoc of the second wave of coronavirus and to achieve the goal of herd immunity. Vaccination of Covishield and Covaxin is already underway in the country and the Russian Vaccine Sputnik V has also been approved. Know all the side effects of the vaccine.

In order to reduce the outbreak of the second wave of Coronavirus, India is now supplying vaccines from abroad as well. Because these days the situation has become very bad with Covid in India and now help is being given to foreigners as well. After Covaxin and Covishield (Oxford-Astrangenka), Russia’s Sputnik V has also received approval in the country.

This is the third vaccine among the vaccination of the third phase, which is very much discussed these days. However, here we are telling you about the effectiveness of all the three vaccines approved and their side effects. Know who is most effective.

Sputnik V is 91% effective against Covid.

The Drugs Comptroller General of India (DGCI) has given emergency approval to the Sputnik V vaccine, the base of clinical trial results held in Russia. Trials found Sputnik V to be 91.6% effective against Covid 19 and effective in preventing its severe symptoms.

On the other hand, India’s Covaxin is said to be 81 percent more effective than Sputnik V, which has recently been found to be ineffective against the UK variant virus. Whereas the covishield being used globally is said to be more than 70.4% effective, which can be increased to 90%.

According to experts, any vaccine that is prepared in a traditional way or is made from the mRNA model is effective in every way. Or to say that there are some immune genetic effects in the body after its application, which is its nature.

The side-effects that occur after the vaccine are cured in a few days. After being vaccinated, each person’s side effects may be different from one another. There is also a very small difference in the side effects of vaccines.

Benefits of having information about the side effects of the vaccine

Having the proper information about the side effects of the vaccine helps you take a dose and because you are already fully prepared for this and you can get your merger vaccinated keeping in mind. For example, if a person is having blood clots and is using anticoagulants then it may be best to get vaccinated.

Especially, when you also have the opportunity to choose the vaccine of your choice. At a time when people are waiting to get the Sputnik V vaccine, then here we are giving you information about how the Russian vaccine has different side effects than Covishield and Covaxin.

Sputnik V was one of the first registered coronavirus vaccines developed by the Gamalaya National Center of Epidemiology and Microbiology, Russia, which was authorized for use globally. The viral vector exhibits the effect by triggering the vaccine antibody and therefore it can also cause inflammation in parts of the body.

According to a Lancet study published in February 2021, some of the side effects of Sputnik V are as follows. Common symptoms such as headache, feeling tired or lost due to fatigue or fatigue, pain in the part of the body where the vaccine is injected.

No serious side effects have been reported so far regarding this vaccine. According to the report published in the Lancet, 19,866 volunteers were given both doses of Sputnik-V, only 70 of them had serious side effects and 23 of them were from the placebo group, ie these people were on trial. , But they were not vaccinated.

Side effects of Covaxin

Covaxin has been developed by Bharat Biotech in association with the Indian Council of Medical Research (ICMR) and the Pune-based National Institute of Virology (NIV). It has been prepared in the traditional way, so its use is being said to be largely safe. This is the reason why side effects are also very less.

It may include simple sightings at the injection site such as pain, fever, chills, shivering, dizziness, nausea, headache, or abdominal pain. However, no serious side effects have been observed in covaxin so far.

The Oxford-AstraZeneca Covishield vaccine has an efficacy rate of 70 percent and is being used in more than 62 countries. There have been reports of blood clots in some people after taking the dose, but studies have shown that Covishield is an effective vaccine. Some people have also suffered from neurological problems. This vaccine is also as effective as cocaine.

Share
Facebook
Twitter
Pinterest
WhatsApp
Linkedin
Telegram
Previous articleUttar Pradesh has issued new COVID-19 guidelines, which you can read about here.
Next articleNeed Cash! ATM will come to your home, pick up the benefit of banks’ Doorstep Banking

The gap between two doses of Corona Vaccine Covishield can be reduced. The suggestion to reduce the gap has been given by IAPSM i.e....
Read more

Center warned about Corona, states can once again impose restrictions!

New Delhi: Once again the central government has warned the states about Coronavirus. Union Health Secretary Rajesh Bhushan has sent a letter to the Chief...
Read more

Covid-19 Delta Plus Variant: What these 4 vaccines can fight against the dangerous delta variants of Covid, know the opinion of scientists

Covid vaccine vs delta variant: The infection of the second wave of Covid was not yet completely stopped that now a warning has been...
Read more