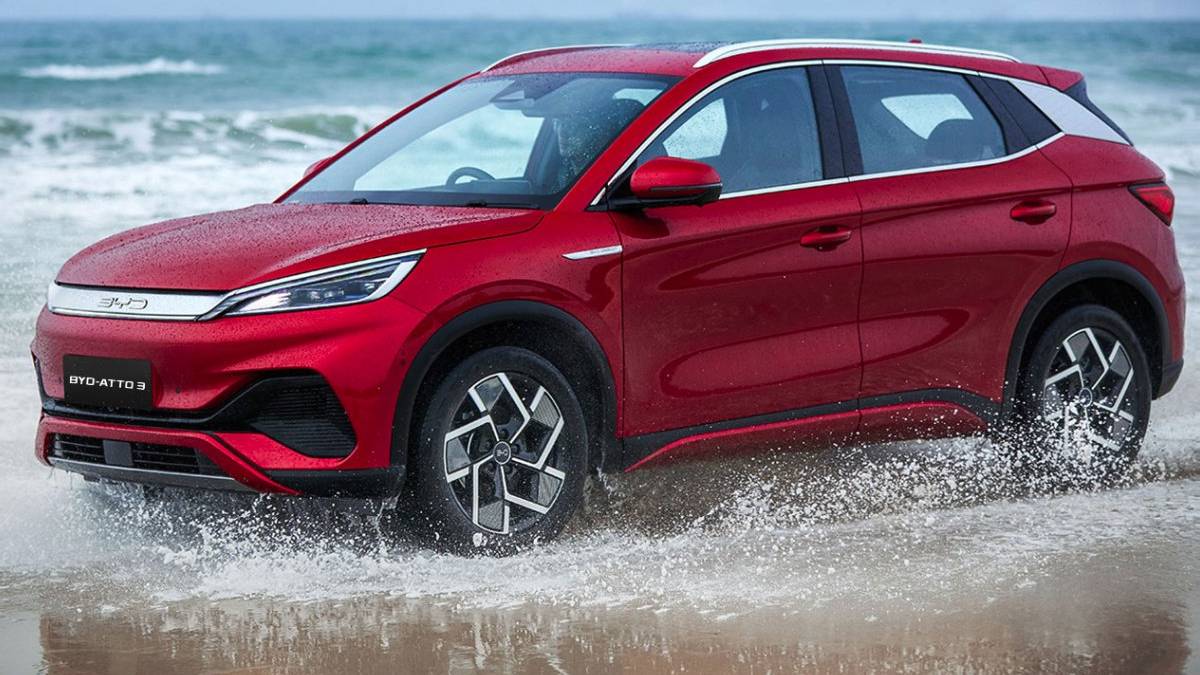 BYD has been introducing its electric vehicles in the Indian market for a long time. At the same time, now the company has made complete planning to compete with Tata and MG by launching its new battery car. In fact, the company launched the BYD Atto 3 electric SUV at the Auto Expo 2023, which is meant for private buyers. Let us further give you detailed information about BYD Atto 3 electric SUV range, price, specification, and booking details in this post. Also, let us tell you that the company has also introduced BYD SEAL along with BYD ATTO 3. However, its price has not been disclosed. 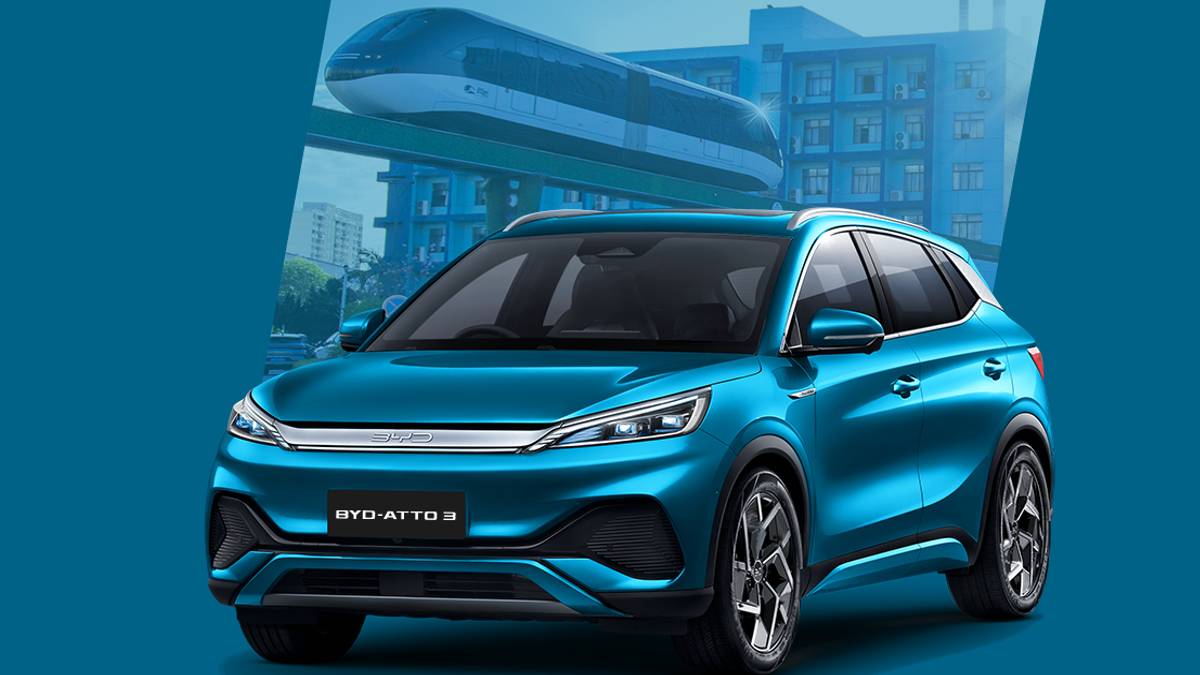 BYD Atto 3 has been introduced with an attractive design. The front gets a thick chrome horizontal strip with an LED light bar below it, which further extends to the LED DRLs. The LED headlamps are slim, and so is the case with the tail lamps which are connected to each other via a lightbar. Other design highlights include stylish dual-tone alloy wheels measuring 18 inches. Also, BYD has used air vents on the outside to cut down on visual bulk, which looks really cool. At the same time, the size of BYD Atto 3 is 4,445mm long, 1,875mm wide, and 1,615mm high. On the other hand, it is longer than the MG ZS EV and the Hyundai Kona EV by 132 mm and 275 mm respectively. 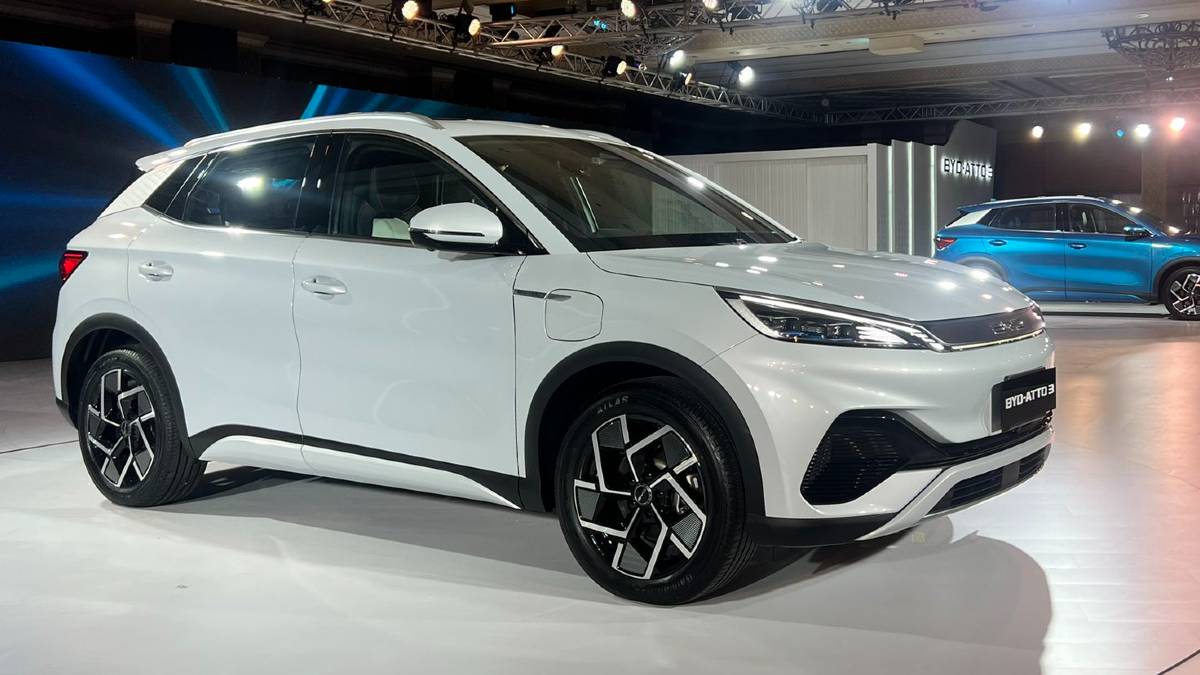 BYD Atto 3 gets features like a wireless phone charger, Android Auto, Apple CarPlay, 7 airbags, a 360-degree camera, multi-color ambient lighting, adaptive cruise control, emergency braking, rear collision alert, and blindspot monitoring.
Apart from this, talking this electric car, a 60.48 kWh battery has been given in it, which comes with 80 kW DC fast charging, the company has claimed that the battery of the car gets charged from 0 to 80 percent in just 50 minutes. Apart from this, the car has a Type 2 AC charger which will fully charge the car in 10 hours.

The electric SUV gets a power backup of 3.3 kW load. Apart from this, BYD Atto 3 gets a 7 kW AC charger and a 3 kW portable charging box. Not only this but once charged, this car achieves a range of 521 km. 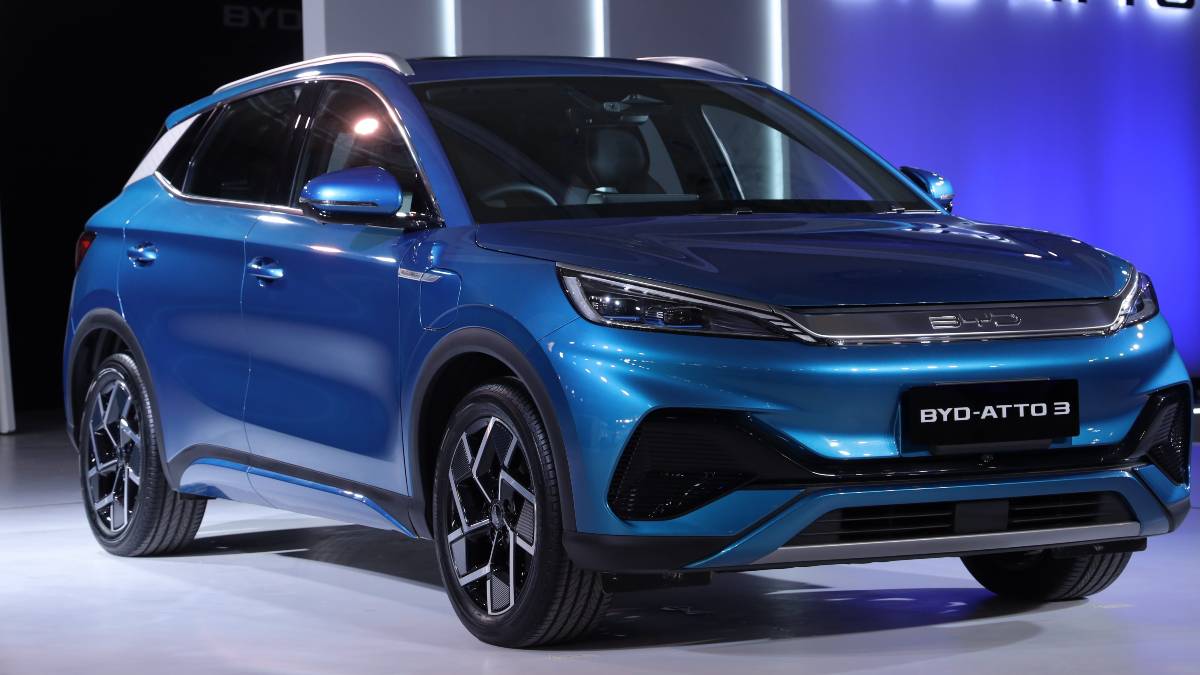 Warranty will be available on the battery

BYD is offering a 6-year/1.5 lakh km warranty on the Atto 3. Apart from this, 8 years / 1.60 lakh km warranty is being given on the battery pack. However, talking about promotional benefits, it gets 3 years of 4G data subscription and 6 free services.

These great electric cars launched this year, give a range of up to 521km

BYD Atto 3 Electric car with 521KM range arrived, will be booked for only 50 thousand

BYD Atto 3 Launch: This electric SUV of the company offers a range of up to 521KM in full charge. Its booking has started...
Read more