New Tata Harrier facelift may be introduced at Auto Expo 2023, will compete with Creta facelift 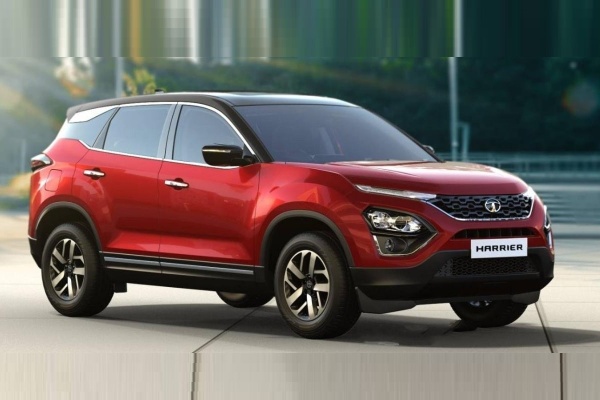 Tata Motors: Vehicle manufacturer Tata Motors is preparing to introduce its new models in India soon. Which can be unveiled at the Auto Expo 2023 to be held in January. Harrier facelifts and Safari facelifts can also be seen in these cars.

Will be equipped with ADAS

The company has already started testing the Harrier facelift, which is expected to hit the roads by next year. The new SUV will come with significant design and interior changes along with some advanced technologies. In terms of tech upgrades, the biggest change will be seen in the form of Advanced Driver Assistance System. This ADAS tech is expected to get autonomous emergency braking, blind spot monitoring, lane assist, adaptive cruise control, automatic high beams, collision mitigation system, and 360-degree cameras for ease of driving and parking along with other features. Will be done

These will be the changes

The Tata Harrier facelift will get a lot of changes on the inside with a larger touchscreen infotainment system and central console. Along with this, wireless Android Auto and Apple CarPlay will also be supported with voice commands. The SUV will come with connected car technology. Talking about the looks, the new Harrier will get a new headlamp setup, a new grille and air dam with straight slats, and integrated radar and front-end changes. Along with this, new alloy wheels can also be found in it.

The new Harrier facelift will also get the existing 2.0-liter diesel engine. It will get the option of both manual and automatic gearbox. Tata Safari is also expected to get similar changes.

Who will compete with?

The new Tata Harrier facelift will compete with the upcoming facelifted Hyundai Creta. The car will continue to be offered with the existing 1.5-litre NA petrol engine, 1.5-liter diesel engine, and 1.4-litre turbo-petrol engine options. But a lot of changes can be seen in its looks, interiors, and features. However, it will get less boot space as compared to Tata Harrier.